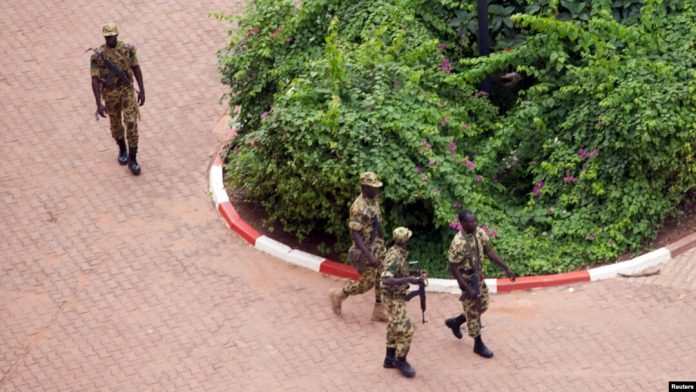 At least eight soldiers have been reportedly arrested in Burkina Faso for allegedly plotting to overthrow the government.

Mohamed Zoungrana, an ex-army commander, who is alleged to have been critical of the government is said to be among those arrested.

The authorities said an investigation has been launched into the matter.

The last coup in Burkina Faso occurred in 2015 when the military announced the dissolution of the country’s transitional government, a day after presidential guards arrested the interim president, Michel Kafando and prime minister, Yacouba Zida.