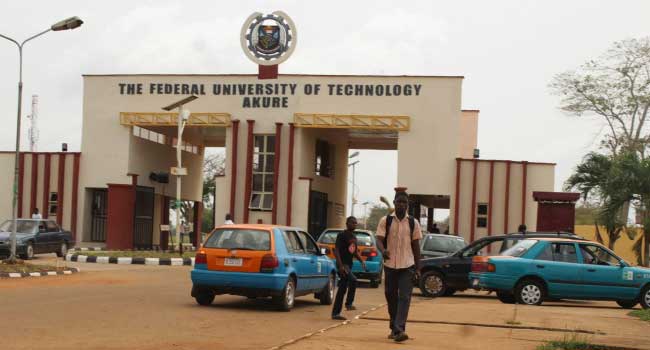 The students of the Federal University of Technology, Akure, Ondo State, today, trooped out of their campus to protest against the alleged harassment and extortion by some people suspected to be thugs and cultists at the second entrance of the institution.

During the protest, the students barricaded the road that led to the second gate of the university, causing traffic gridlock in the area for several hours.

They alleged that the thugs incessantly harassed those who live off-campus at the South Gate Area, around the institution, especially the fresh students. They also alleged that the miscreants, on many occasions, would harass and chase them into the school premises, without restraint from the security agents.

One of the protesters, who identified himself as Bola, said the alleged harassment had been on for a long time and it was currently getting to a daily occurrence.

He said, some of these boys are thugs and cultists and they have been harassing us for a long time, they forcefully collect money from students living at the South Gate area. So many times, they would force students to make bank transfers. We want government to look into this, it is getting too much.

Another student said the protest was to express their grievances over the pains students go through at the hands of thugs and cultists. 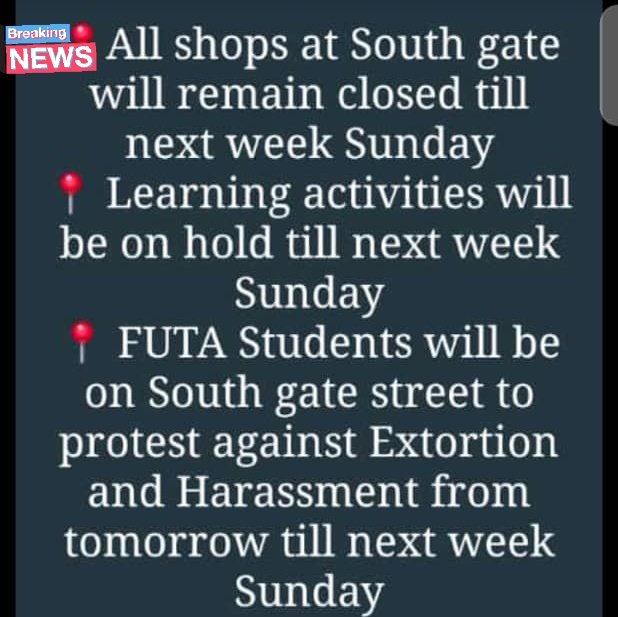 “I have been in this school for the past six years. There have always been cases of cultists and thugs harassing our students, especially the fresh ones. We have identified the culprits. We have informed the security agents and the school management but they are not doing anything. We are now going to protect ourselves. Police will make arrest but they are always released and returned with more force.”

In a reaction to the development, the Head of Media and Protocols Unit of the university, Mr Adebanjo Adegbenro, said the students embarked on sensitisation march against actions of some persons living close to the South Gate who have been bullying some of the young students, saying there was no protest.