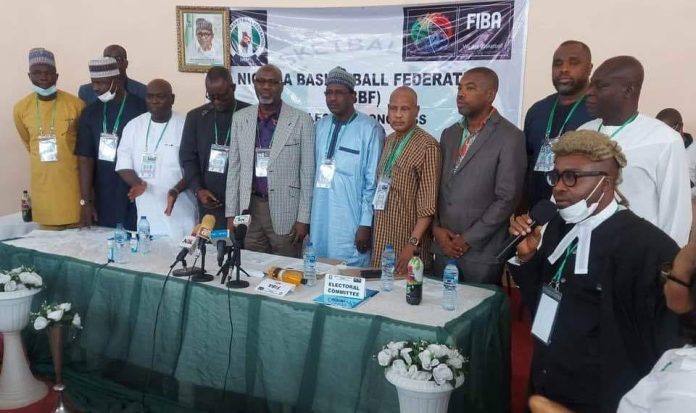 There was confusion yesterday after the Nigerian Basketball Federation (NBBF) elected two presidents to oversee the federation’s activities.

According to NAN, Mark Igoche was elected at the NBBF elective congress held at the Moshood Abiola National Stadium, Abuja.

Igoche won unopposed while Osita Nwachukwu was elected vice president of the NBBF.

Speaking after the election, Suleiman Muhammed, chairman of the electoral committee, said he was pleased the exercise was free and fair and in adherence to the guidance of the sports ministry.

“This is in line with the Sports Ministry’s directive, and I am very happy to see that the elections were conducted in a very free and fair manner,” he said.

However, in a parallel congress held in Benin, Edo state, Musa Kida was reelected to lead the federation for another four years.

According to a tweet on the verified Twitter page of NBBF, Kida polled 37 votes from the delegates present in Benin, while Babatunde Ogunade was elected the vice president.

The swear-in ceremony was also performed at the venue pic.twitter.com/u3YwbeeLjh