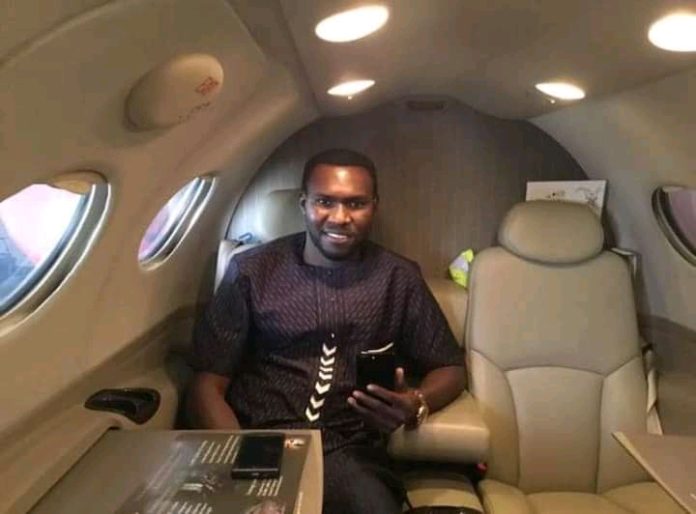 A grateful young Nigerian named Mckson Isani on facebook has narrated how his Benefactor – a Nigerian aviator and philanthropist called Isaac Balami has changed his story from a common Janitor to become Aircraft Technician.

According to the Young man, while celebrating Isaac Balami in a Birthday post said Balami has lifted not only him but many other young Nigerians out of hopelessness and giving them a better life.

Balami, according to him is the former President of National Association of Aircraft Pilots and Engineers (NAAPE), whom was once a cesspool evacuator and local painter has vowed to keep lifting young and helpless Nigerian youth to become better person.

In Mckson Isani Facebook Post: Balami is the transformative leader who never forgets his past and would always ensure young Nigerians become better versions of themselves.

Read the screenshots of the interesting story attached: 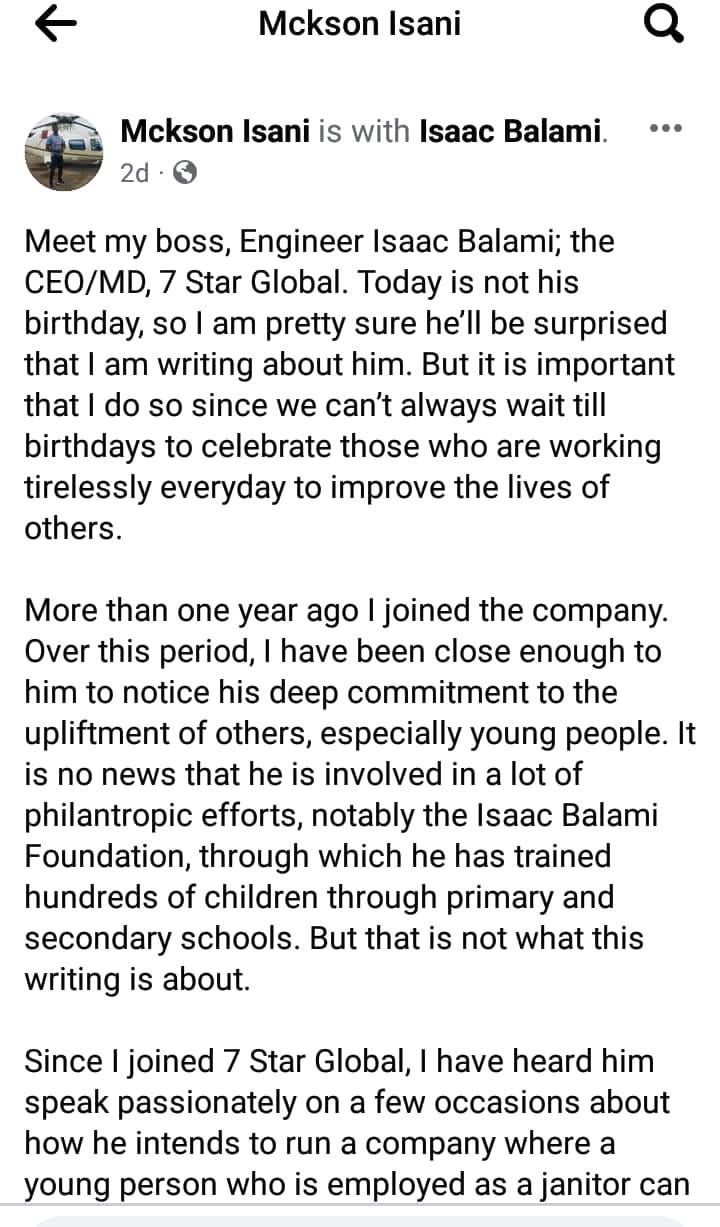 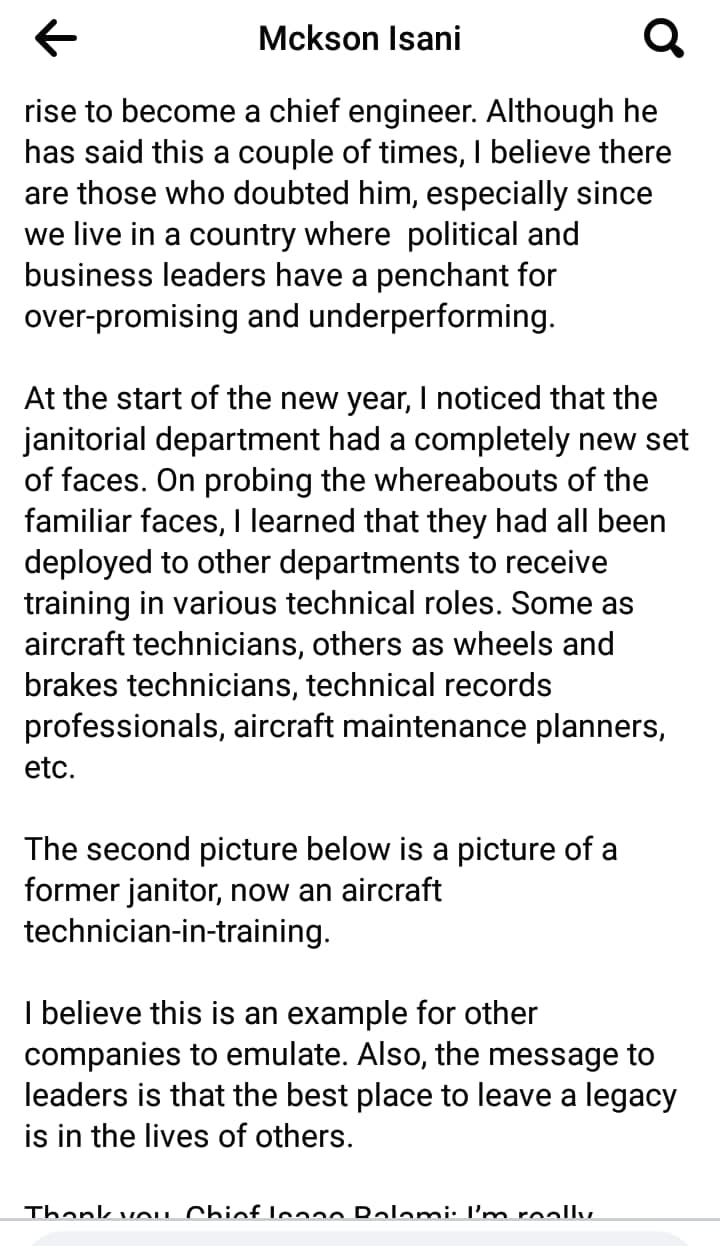 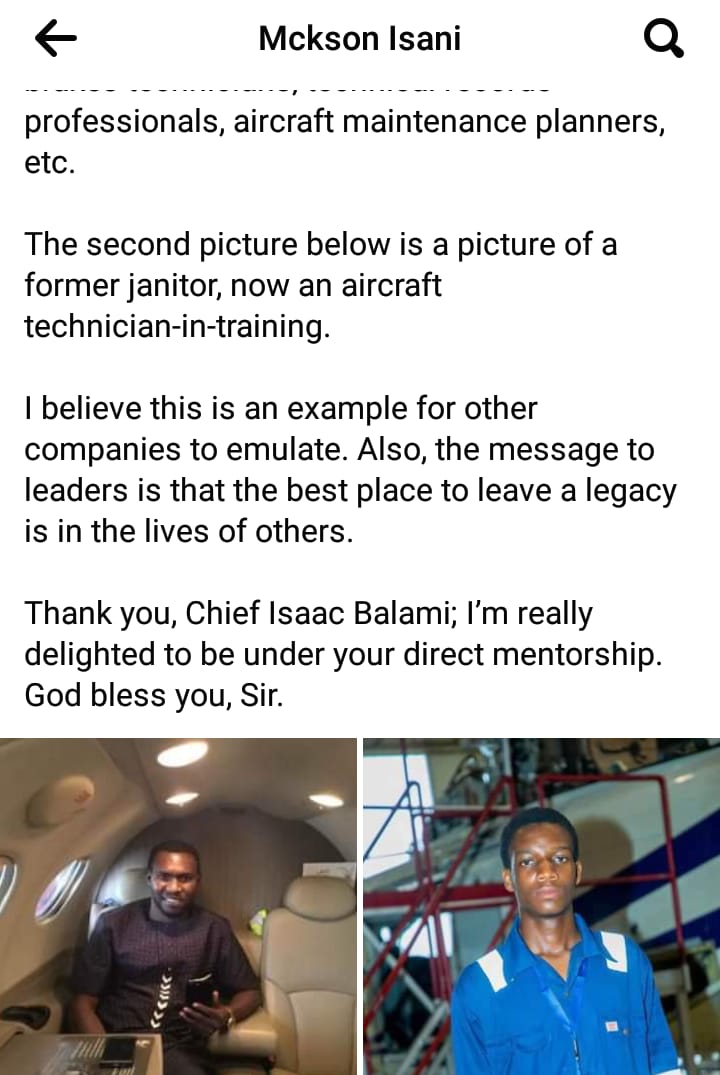