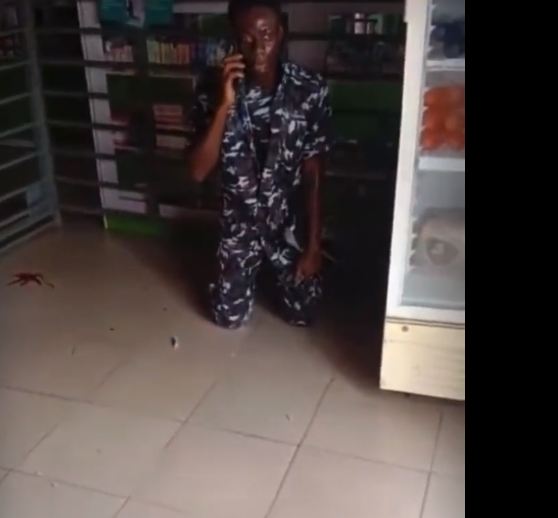 A video where a policeman is seen taking refuge in a shop after an attack by gunmen on a checkpoint in Enugu is trending on social media.

In the less than one minute video, the police officer panicking , knelt down inside the shop and removed his phone from his pocket to make a call.

In the video, the man who was capturing the moment with a camera could be heard asking the policeman if any police officer was killed in the attack.

The man asked the policeman to stay inside the shop for safety, adding that he would help check outside if the situation was under control.

The video appeared on social media some minutes after gunmen attacked a police checkpoint near Ulumalinda estate, Enugu south LGA, which led to the death of three police officers, on Thursday afternoon.

TRENDING VIDEO: Policeman takes refuge in a shop after his team got attacked by gunmen in Enugu