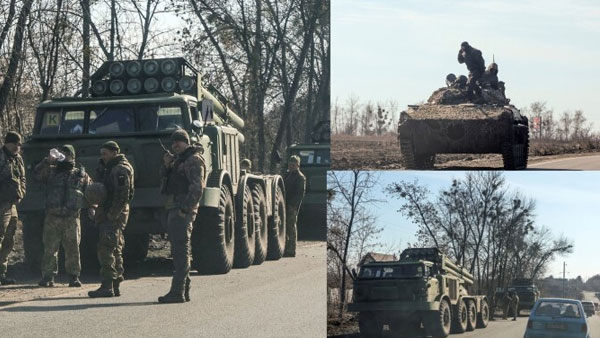 The Nigerian government has asked Russia to withdraw its troops from Ukraine and embrace diplomatic measures to address the current crisis involving both countries.

Geoffrey Onyeama, minister of foreign affairs, said this yesterday after a meeting with the envoys of the G7 countries in Nigeria.

Months of tensions between Russia and Ukraine took another dimension on Thursday with airstrikes recorded in Ukraine.

As of yesterday morning, Ukrainian President Volodymyr Zelenskyy said at least 137 Ukrainian soldiers and civilians had been killed since the Russian invasion began.

In a televised address yesterday, Russian President Vladimir Putin called on the Ukrainian military to seize power in their country.

Speaking on the development after the meeting, Onyeama said the Nigerian government has advised the adoption of peacebuilding initiatives to resolve the conflict.

“Peace and diplomacy to be prioritised by both sides,” NAN quoted him as saying.