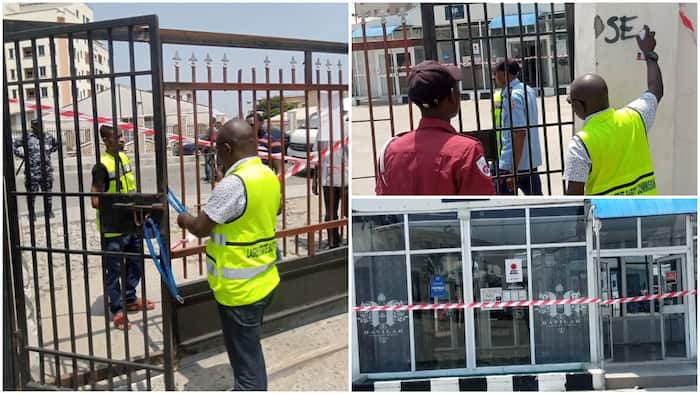 The event centre was sealed following the outcry over the distribution of petrol-filled jerrycans during an event.

Jubril Gawat, senior special assistant to the Lagos state governor on new media, announced the development in an update shared on Twitter.

He said operatives of the Lagos Safety Commission and the Rapid Response Squad sealed the facility today.

Gawat said the Lagos commissioner of police has also ordered the arrest of the persons involved.