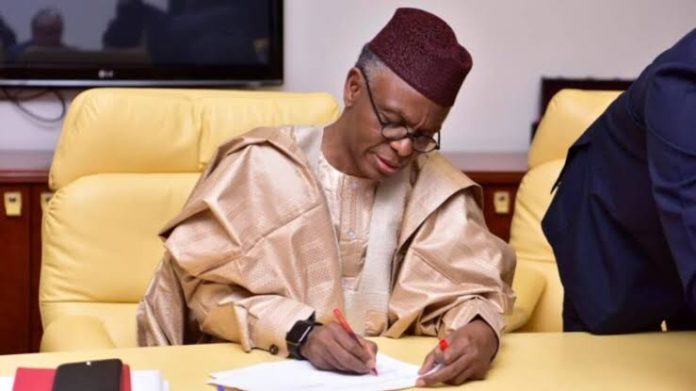 The Governor of Kaduna State, Nasir El-Rufai, has approved N1.24bn for the payment of gratuity and death benefits for state government workers and their families.

According to the Executive Secretary of the Kaduna State Pension Bureau, Prof. Salamatu Isah, this will cover all retirees and the families of deceased beneficiaries that were in the state and local government’s civil service.

She said N1.04bn had been allocated for the payment of retirees and families of deceased retirees in the 23 local governments of the state.

According to her, the amount will be the 14th payment scheduled under the local government gratuity for retirees and next-of-kins of deceased beneficiaries’ scheme.

She added that N200m had been allocated as the 16th batch of the state gratuity and death benefits in the Defined Benefit Scheme.

She added that the rumour that seven LGAs had been paid all their outstanding gratuities and death benefits under the Defined Benefit Scheme was untrue.

She said the bureau only announced that the Kudan Local Government Area was the first to have settled its outstanding liabilities as of 3rd March 2022.