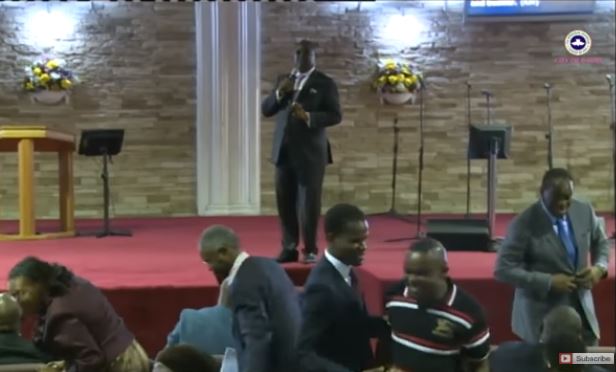 Pastor I.D, a popular pastor, pulled a joke on his audience during worship service to send a clear message about ‘fear.’

The pastor, who was preaching from a chapter in the bible about a Christian not being scared, abruptly ran to lure them to run as well, as could be seen in a video uploaded by TV host Teju Babyface.

The church members who were puzzled suddenly took to their heels without waiting to find out why the pastor had run away.

He called them back, telling them it was only a prank to illustrate his point.