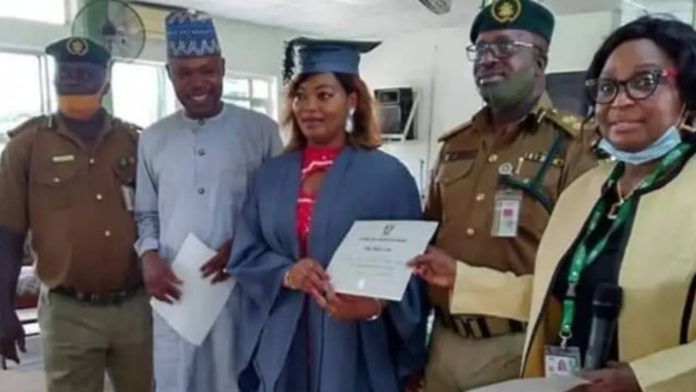 Okike Chinyere, a female inmate at the Nigerian Correctional Service (NCoS) in Lagos state, has been named the best graduating student of the peace and conflict resolution department at the National Open University (NOUN).

According to a statement by the state command of the NCoS, Chinyere bagged a second-class upper degree in the course.

In the same vein, Alegbe Afolabi, a male inmate, also got a master’s degree (MSc) in peace and conflict resolution.

Speaking at the graduation event, Nweke Chibueze, one of the inmates, lauded Haliru Nababa, the new comptroller-general (CG) of the NCoS, for the initiative.

Chibueze, however, pleaded for clemency for the graduating students to enable them to contribute to societal growth.