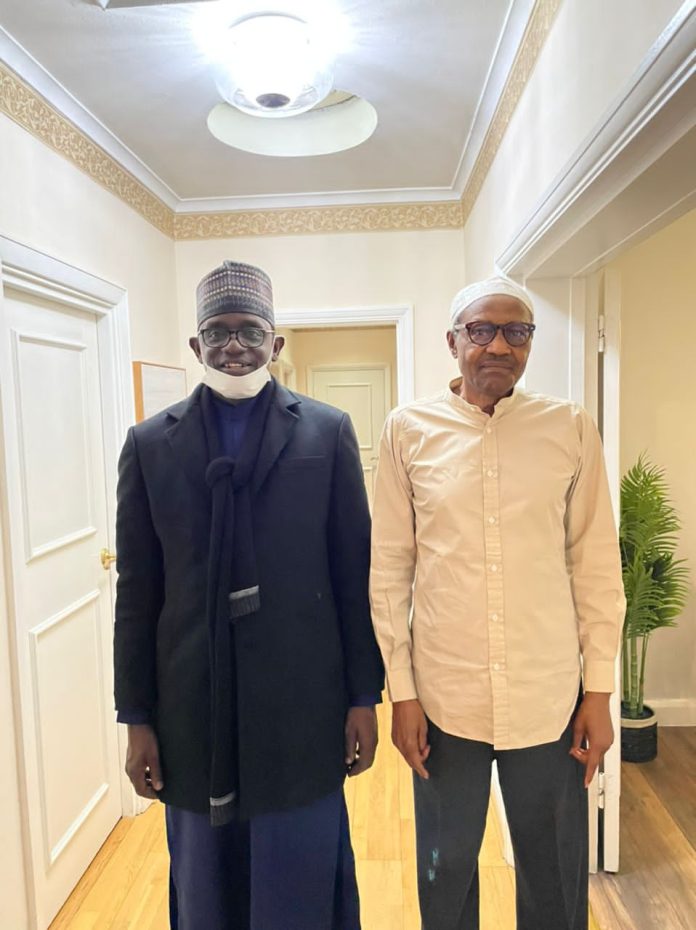 Mai Mala Buni, governor of Yobe, has paid a visit to President Muhammadu Buhari in the United Kingdom.

Buhari had left Nigeria for the UK on March 6 for a medical checkup. 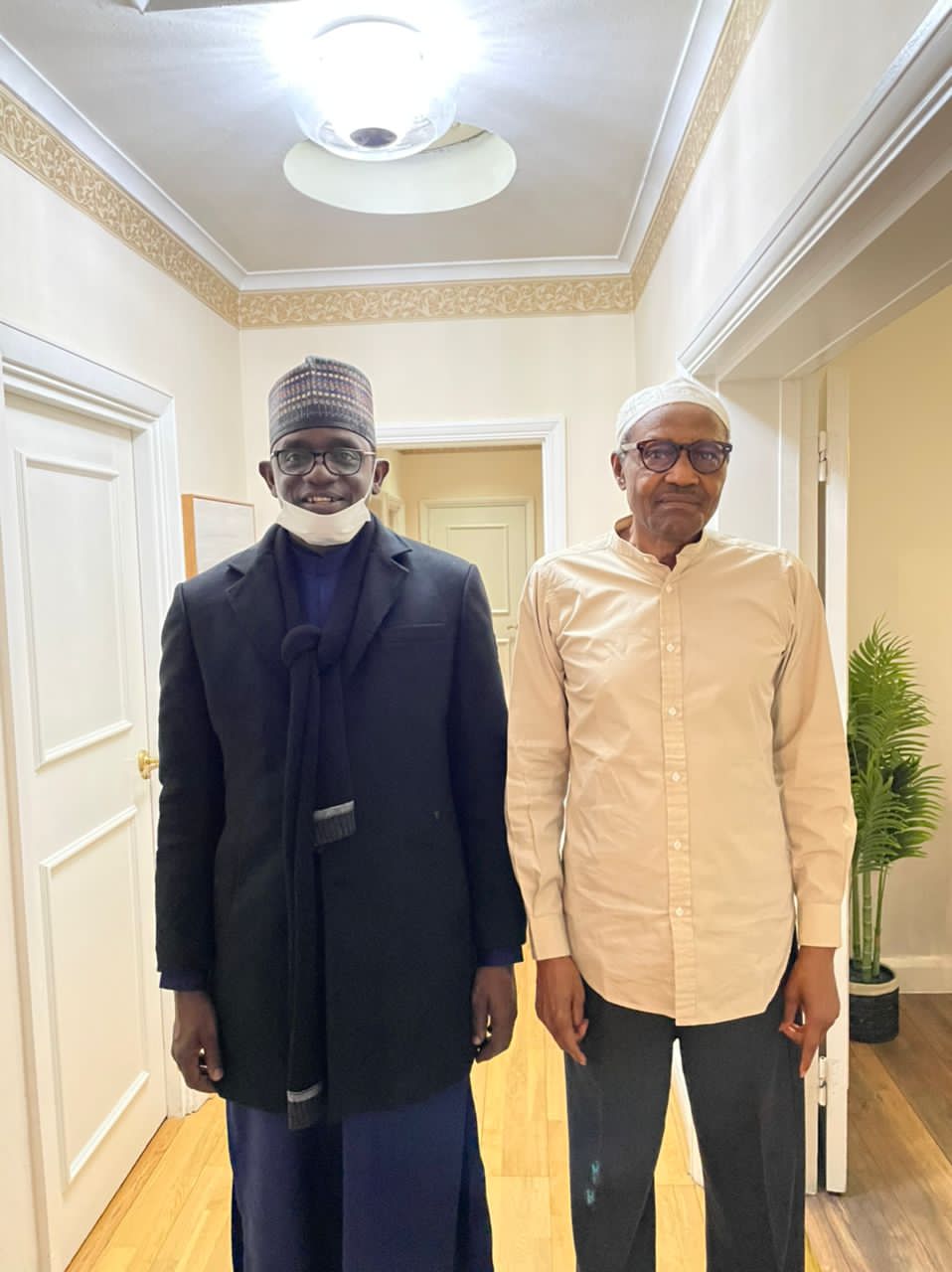 The Yobe governor, who was in charge of the All Progressives Congress (APC) caretaker committee before Abubakar Sani Bello, governor of Niger, took over, is said to be on a medical trip abroad.

Buni was said to have written a letter to the committee requesting a leave of absence, but Bello had denied receiving such a letter. 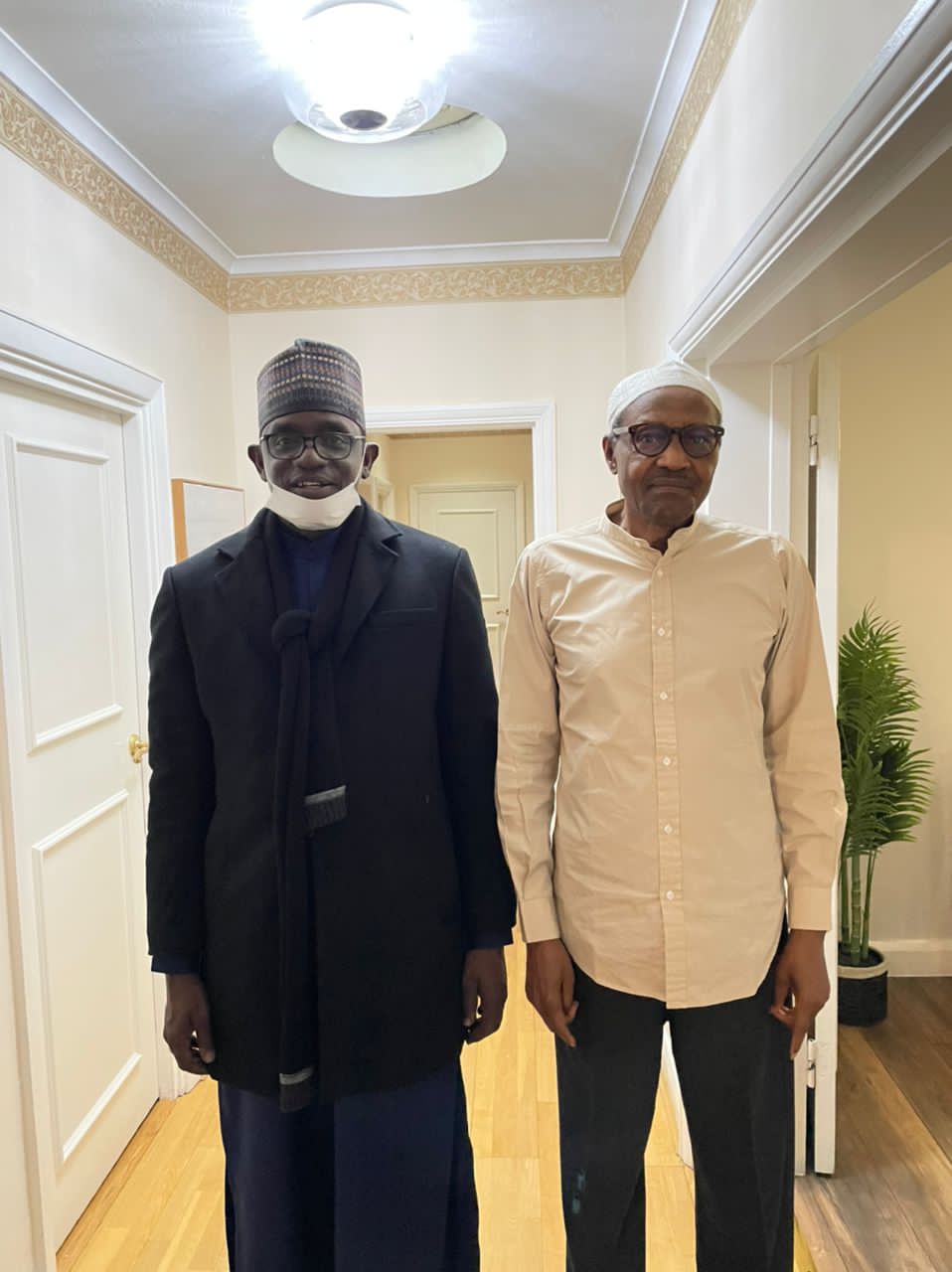 The Yobe governor’s visit to Buhari comes amid controversy in the APC over leadership of the caretaker committee and plans to scuttle the party’s convention scheduled for March 26. 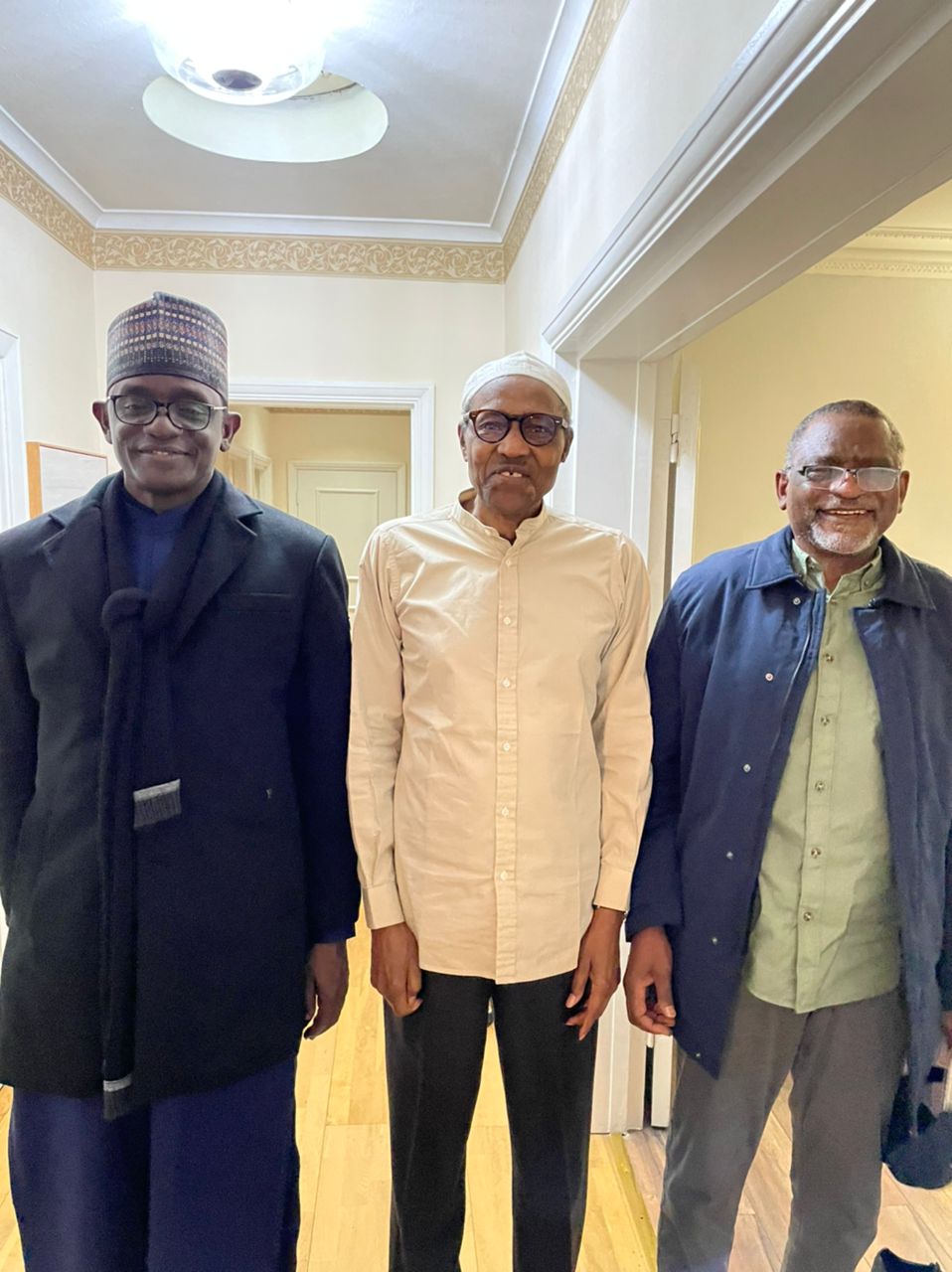 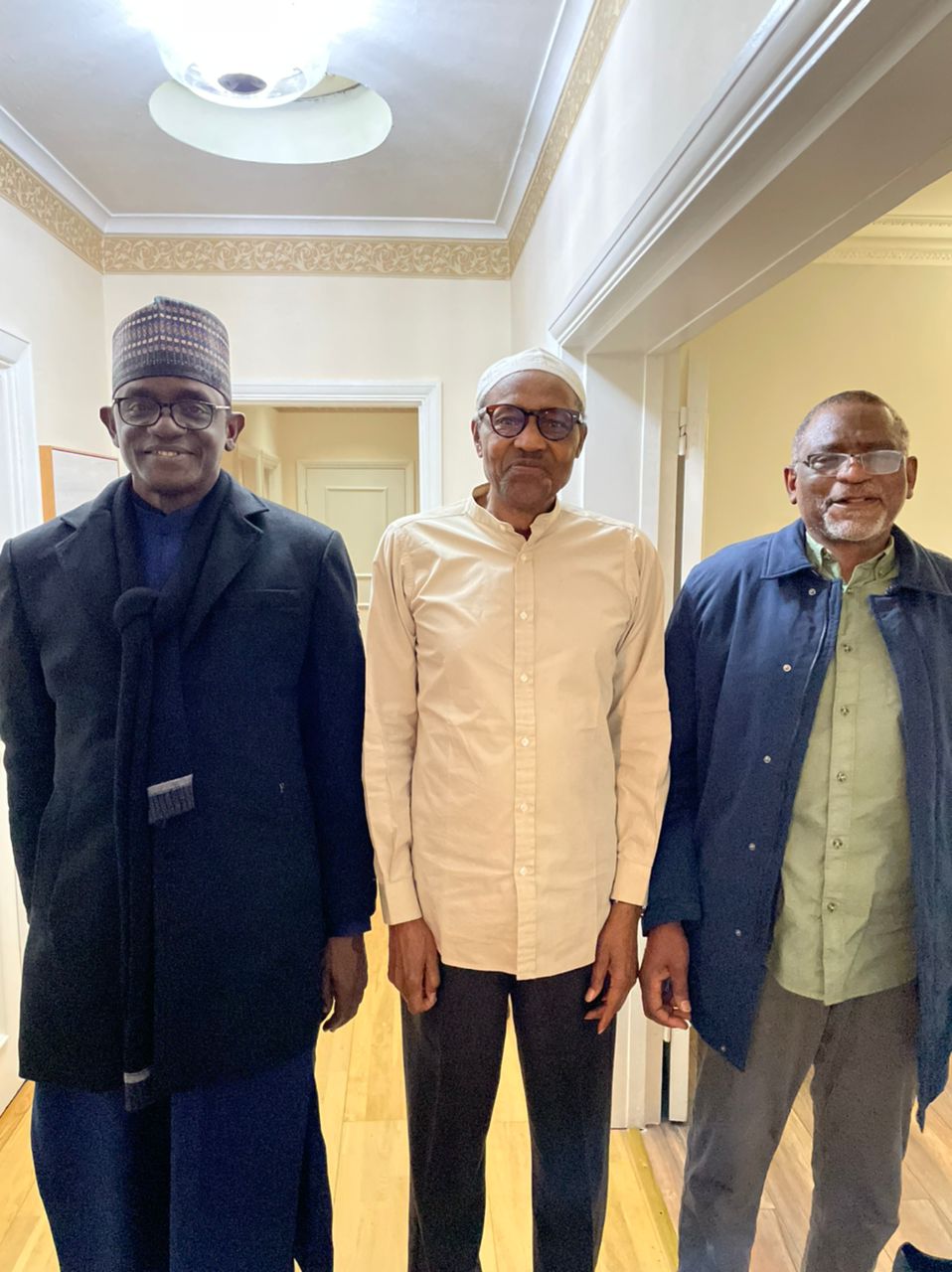