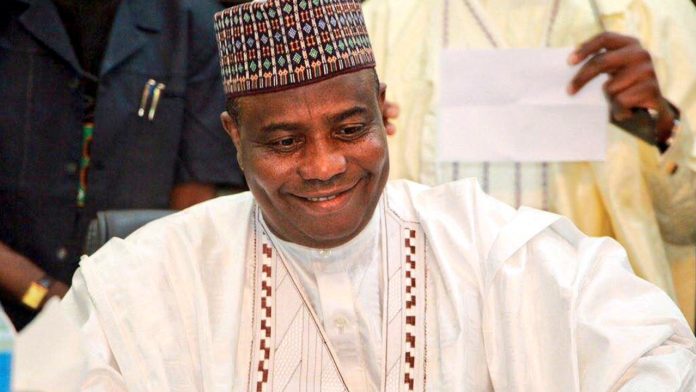 A group of friends led by Aree Olumiyiwa Akinboro, SAN, have purchased Expression of Interest and Nomination Forms for the Governor of Sokoto State, H. E. Rt. Hon. Aminu Tambuwal, to contest the 2023 Presidential Election on the platform of the PDP.

This is coming days the Peoples Democratic Party (PDP) commenced sales of nomination and expression of interest form.

The PDP national organising secretary, Hon Bature, who handed the forms and other necessary documents to the group stated that due process was followed in the sale of the form.

Speaking on behalf of the group, Aree Olumiyiwa Akinboro, SAN, said the group is made up of concerned Nigerians who are worried about where Nigeria is headed and as such, they want Governor Tambuwal not only to lead by unifying Nigeria.

“Tambuwal is someone we have all known for 30 years and nothing has changed about him. He’s humble, focused and intelligent. People ask if he has the money to pursue this ambition. That is why we are here to buy this form for him. He’s not aware but we as professional and apolitical, we want him to lead,” he said.

Speaking on PDP’s zoning arrangement, he noted that PDP should present her best candidate and look at zoning after winning elections.