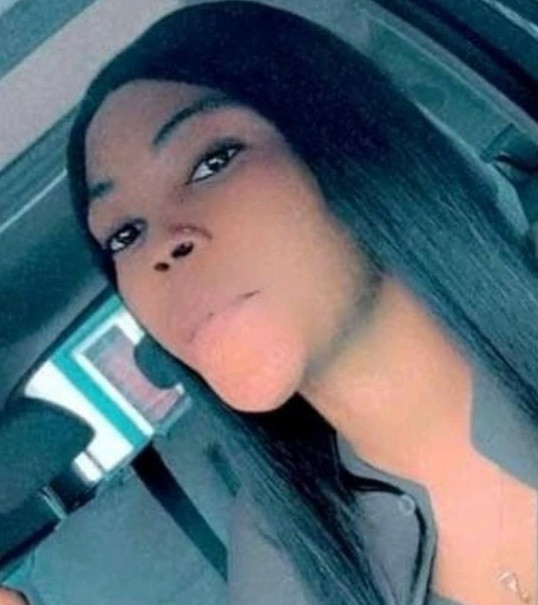 A 21-year-old lady identified as, Esther Isaac Asuquo, has died in a hotel in the Federal Capital Territory, Abuja.

It is reported that the deceased lodged in Room 901 on February 25, 2022, at the Agete Hotel in the Gwarinpa area of the FCT.

According to activist Harrison Gwamnishu, her body was found lying on a blood-soaked bedsheet in the hotel room and her brother, Emmanuel, has now accused the hotel management and police of cover-up.

Emmanuel, said to be her only surviving relative since their parents died years ago, accused the police of intimidating him to drop the case after he left Calabar for Abuja to ask questions about his sister’s death. He claimed the police told him that his sister died a shameful death and they encouraged him to quietly bury her. 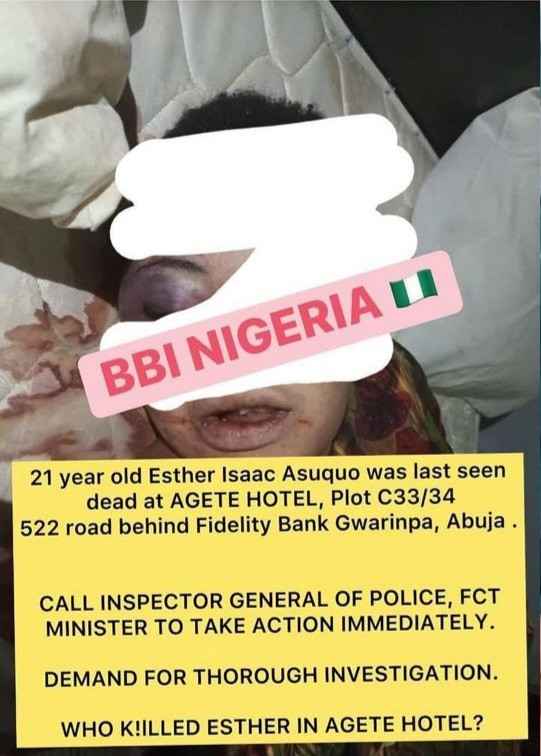 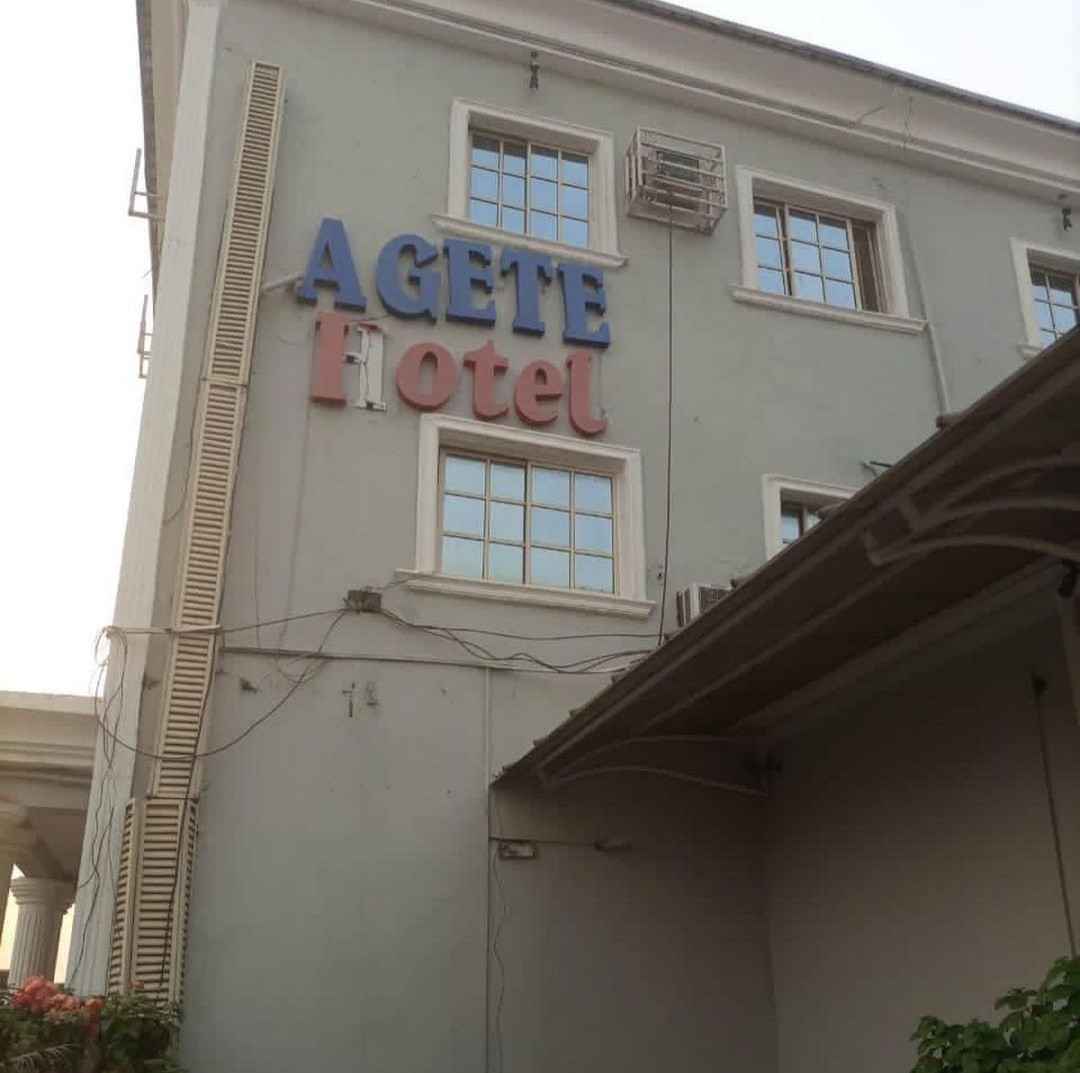 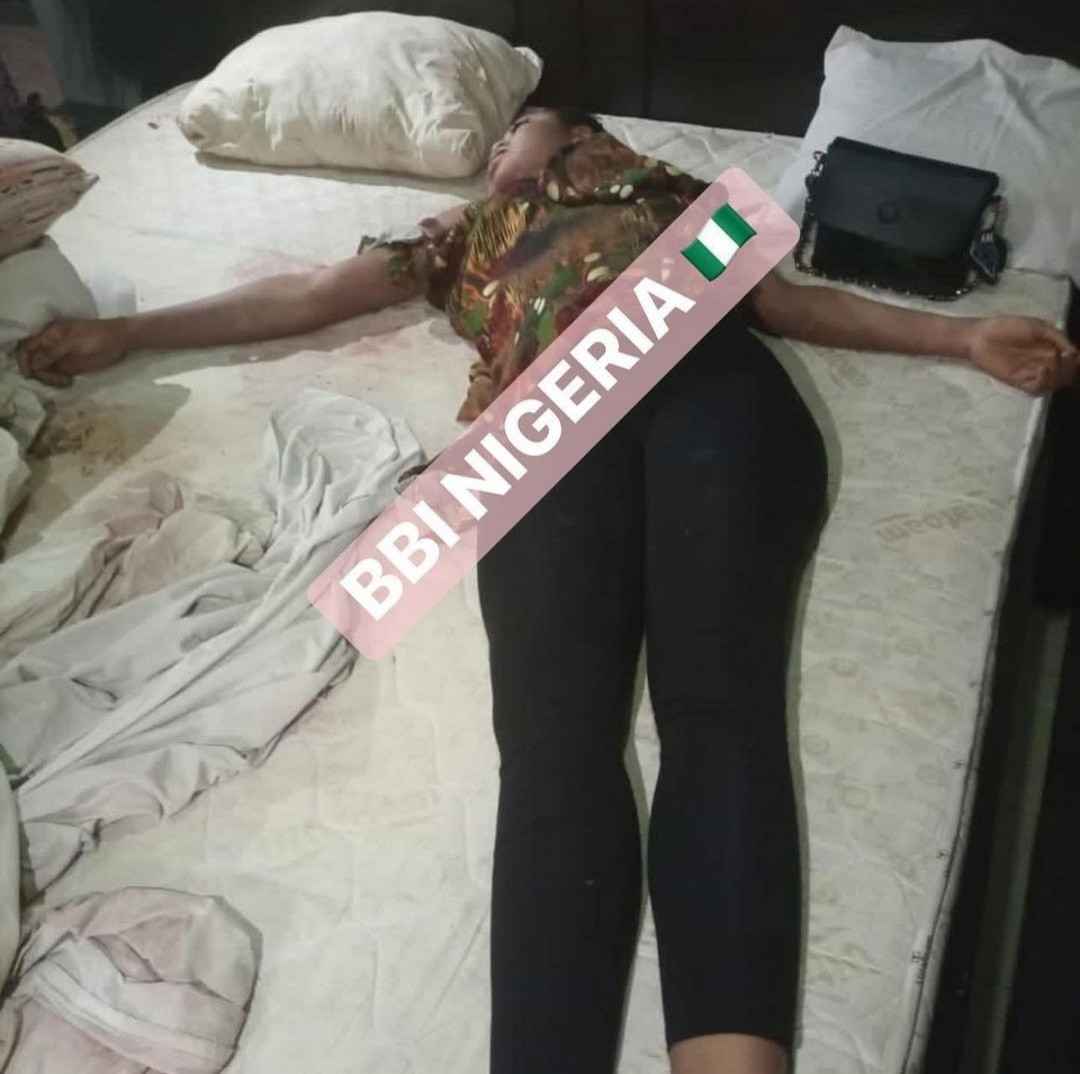 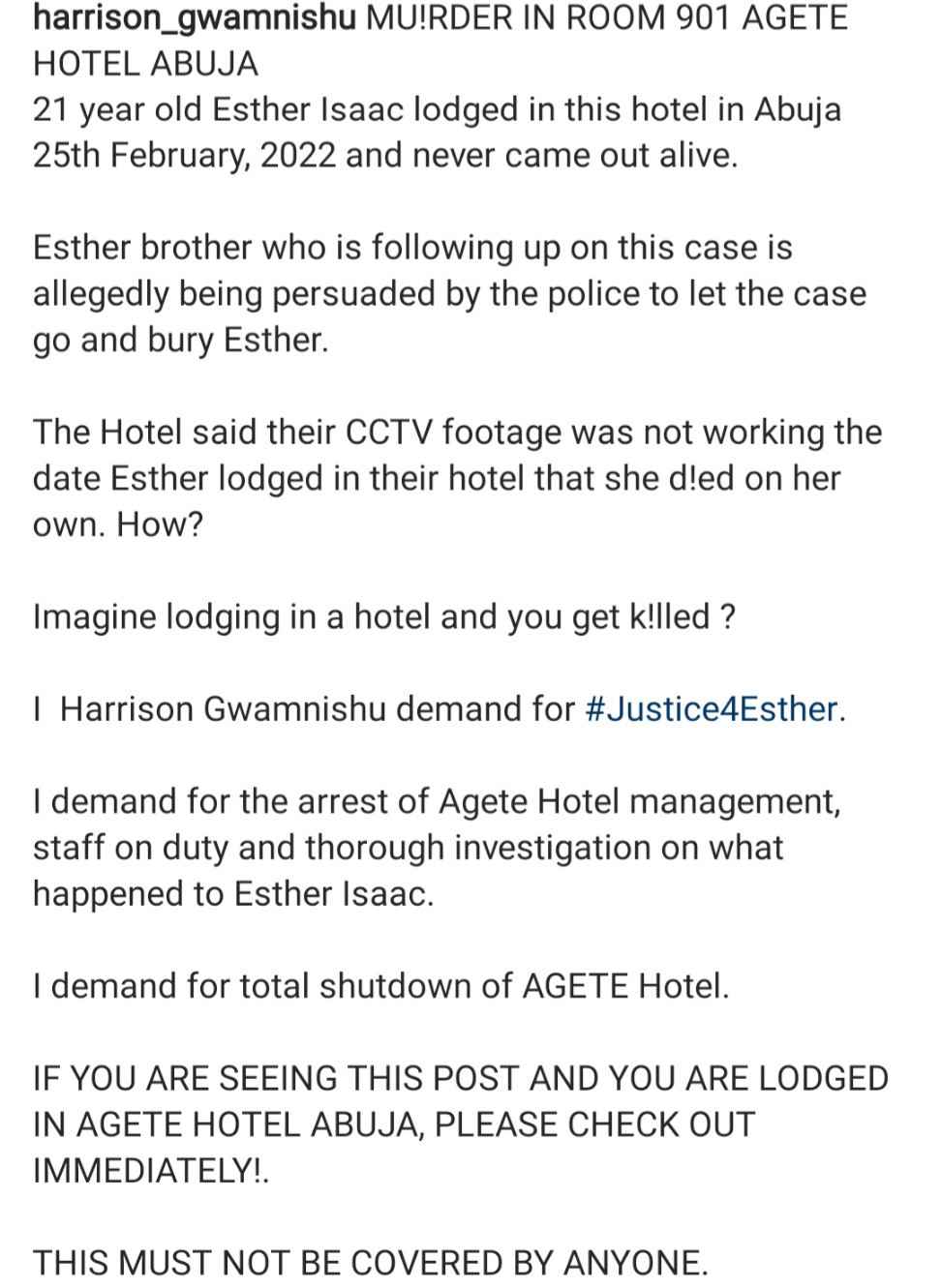 He also accused Agete hotel of refusing to release CCTV footage. He said they claimed the CCTV was bad on the day of the incident. He called for justice for his sister and said he wants answers from the hotel but only thing they have told him is that his sister came into the hotel with someone.

Meanwhile activist Gwamnishu has called for the hotel to be shut down and that the entire management should be taken in for questioning.