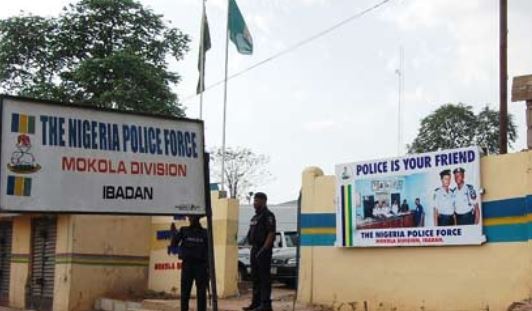 A 16-year-old girl, Blessing Patrick, has gone missing after she returned from school inside the Sango Police Barracks, Ibadan, the Oyo State capital.

The source said: “Blessing came back from school and dropped her bag inside her parent’s apartment in the barracks.

“Her father is an Inspector of Police but since her sighting after school, nobody has seen her.

“Her mother and father have been paying money to pastors and spiritualists so they can locate her but to no avail.”

The missing teenager’s mother, simply identified as Mummy Blessing, said: “I have been very sick and dead worried.

“I don’t know where to look for her.

“I have gone to all her friends houses to look for her but she is not there.

“Sometimes, the phone will not ring.

“I reported her disappearance to the Sango police and they took her name and phone number and told me to come back, but nothing had been done since to locate her.

“I went to see the Commissioner of Police of Oyo State and she told me to go back to the Sango Police Station.

“I have been crying I need to know where my daughter is.

“We have spent money to track her and as I’m talking to you, I’m broke.

“I cannot concentrate on anything.

“I don’t even know what I’m doing anymore.

“I need government to help me locate my daughter.

“I don’t want anything bad to happen to her.

“She is supposed to be preparing for her SSSCE exams and we have paid but she is missing.

“I’m calling on the Inspector General of Police, human rights activists, Governor Seyi Makinde and President Muhammadu Buhari should please come to my rescue to find my daughter.”

New Telegraph reported that when contacted over the missing girl, the Oyo State Commissioner of Police, Ngozi Onadeko, said: “The father of this girl is an Inspector of Police and he should know what to do.

“The police is not a magician.

“The person to do the tracking of her number will collect money and then you will say police is asking for money.

“She should go back to the Sango Police Station and tell them she has come to see me.

“As a journalist, you can also help us publicise it that she is missing.”