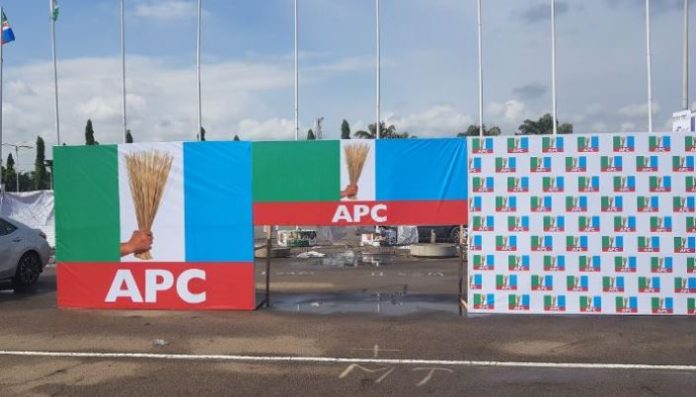 The All Progressives Congress (APC) has fixed April 20 for a post-convention national executive committee (NEC) meeting.

The NEC meeting will be the first after the election of a new national working committee (NWC) at the party’s convention held on March 26 in the federal capital territory (FCT).

In a statement on Friday, Felix Morka, APC spokesman, said the meeting will be held at the congress hall of Transcorp Hilton Hotel in Abuja at 10am.

Morka said the meeting would consider the party’s schedule for the primaries ahead of the 2023 elections and other relevant business.

“Pursuant to Article 25.2.ii of the Constitution of the All Progressives Congress (APC), the National Working Committee (NWC) hereby invites members of the National Executive Committee (NEC) of our great Party to a meeting to consider the Party’s Timetable/Schedule of Activities for Primaries for the nomination of candidates for the 2023 General Elections and other relevant business of the Party,” the statement reads.

“All members of the NEC are by this invitation to take notice of the meeting in accordance with Article 12.3 of the APC constitution, please.”