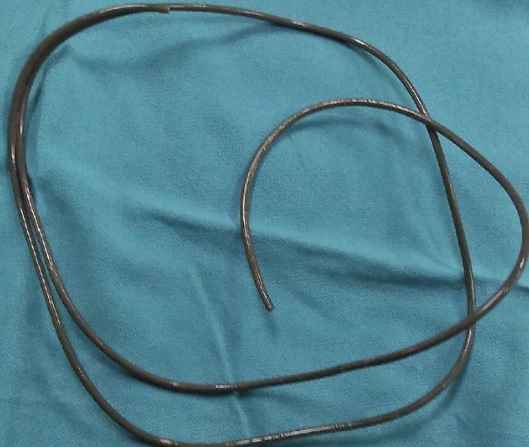 The 34-year-old man was admitted to the emergency department of Dr. Soetmo General-Academic Hospital in Surabaya, Indonesia, after complaining of stomach pains when urinating.

Doctors who checked out the bloke say they didn’t find any signs of psychotic symptoms, OCD, anxiety or depression. 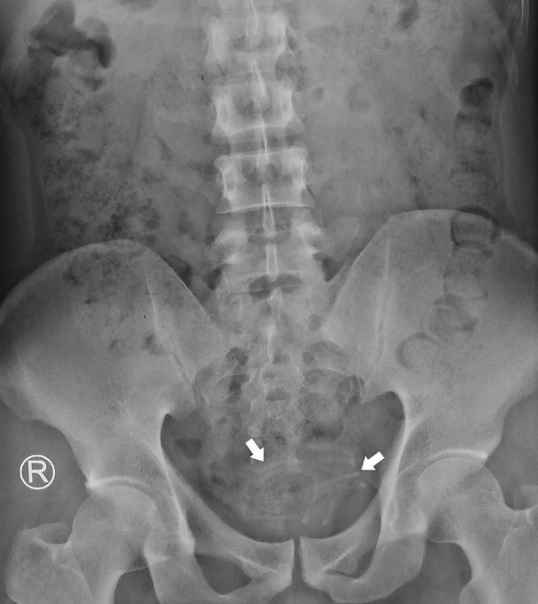 The strange insertion was carried out “based on sexual pleasure and gratification,” and the wire that had lodged itself in his bladder was “visible and quickly identified” by the hospital team.

The wire had been coiled and fortunately not attached to the bladder wall, with an extraction carried out using grasping forceps, while the earphone wire was said to be 2-3mm in size and 80cm in length.

The man was discharged the next day with no reported bladder residue and was later diagnosed with polyembolokoilamania, the act of inserting foreign items into orifices such as the rectum or honeypot.

According to a medical journal published on Science Direct, the man “showed no apparent psychotic behaviors and was mentally well”.

The journal reads “Self-inserted urinary bladder foreign bodies for sexual gratification generate a significant challenge for physicians due to its difficult diagnosis and management. Most patients were late to be admitted due to embarrassment leading to serious short-term and long-term complications. We report a 34-year-old male with an earphone wire as a urinary bladder foreign body.

“The findings in the patient were compared with the currently published reports through a comprehensive literature review to evaluate the current strategy for diagnosis and management for self-inserted genitourinary foreign bodies to achieve segxwal pleasure.”