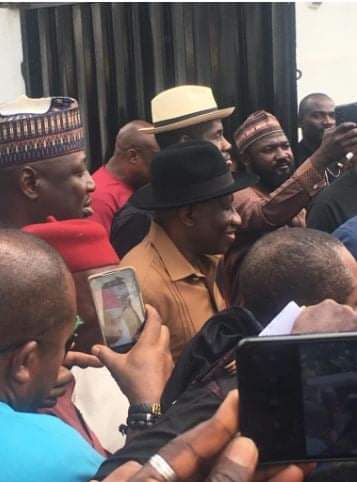 Former President Goodluck Jonathan says he is not sure if he will run for president in 2023.

Speaking after some of his supporters besieged his home in Abuja on Friday, Jonathan said the political process is ongoing, but that they should “just watch out!”

The former president said the country needs a president that would carry the youths along.

“You are calling me to come and declare for the next election. I cannot tell you I’m declaring,” he said.

“The political process is ongoing, just watch out.

“The key role you must play is to pray that Nigeria gets somebody that carries the young people along – somebody that can also work very hard to see that some of the problems are addressed by the government and I believe collectively, we will work together.”