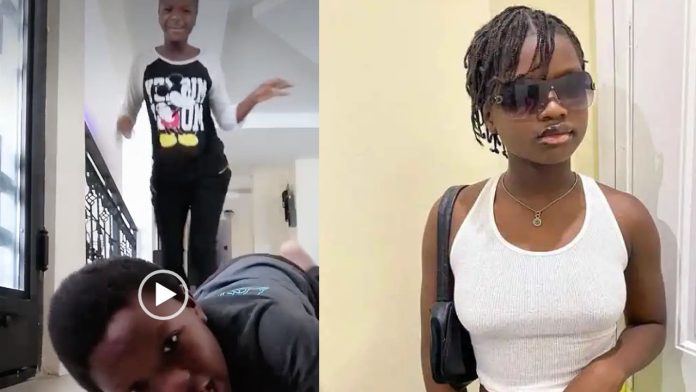 The pupil, whose real name and actual age remains controversial, on Friday evening, took to her Likee page that had the name: bhadgurl4k (bad girl fuck) to seek forgiveness from her followers on the social media platform.

The troubled girl that wore a round-neck T-shirt wrote on her still photograph: “Please, I’m sorry. All I ask is forgiveness.”

Recall that pupils of the school were seen in a viral video with a male and female having sex in their hotel room.

The incident occurred in Dubai, United Arab Emirates, where the pupils had gone to take part in the World Schools Games between March 10 and 13, 2022.

Public outrage by Nigerians followed claims by the mother of the girl that her daughter was raped by fellow pupils who had lured into their hotel room and drugged her before “gangraping” her.

The outrage increased after the video clip of the sex scandal was leaked on social media nd Nigerians unanimously declared the scenes captured on video were anything but rape as claimed by the girl’s mother.

The girl involved, based on findings, has been discovered to have accounts on Likee and TikTok, both video-sharing social media platforms.

In some of the videos, she engaged in suggestive dances, while a photograph she had on Likee showing her in a skimpy top that exposed her waist bead.