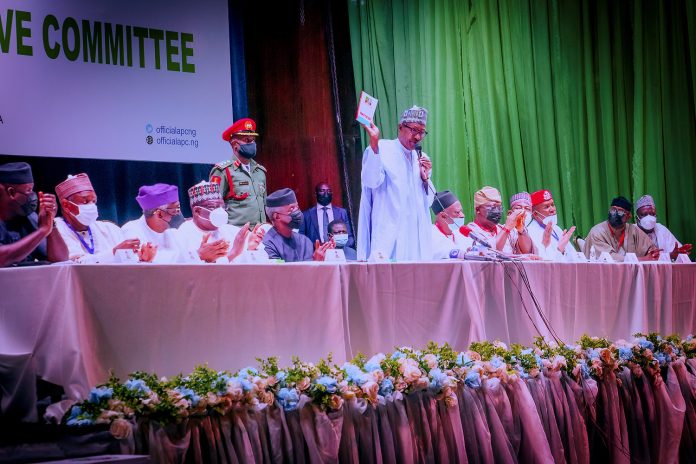 Ahead of the 2023 polls, the All Progressives Congress (APC) will begin the sale of expression of interest and nomination forms for various elective positions on Tuesday.

The sale of the forms ought to have commenced on Saturday, but it was postponed.

But in a notice seen by newsmen on Monday, Suleiman Arugungu, APC national organising secretary, said the sales of the forms would begin on April 26 and end on May 6.

The party’s presidential candidates are expected to pay N100 million to buy the expression of interest and nomination forms, while governorship hopefuls will pay N50 million.

The price of forms for persons seeking to contest for seats in state houses of assembly was pegged at N2 million, while the house of representatives is N10 million and the senate is N20 million.

The party fixed May 10 as the last day for the submission of completed forms.

The primaries for governorship, state houses of assembly, house of representatives, and senate are May 18, 20, 22 and 24, respectively.

No date has been fixed for the presidential primary, according to the schedule released by Arugungu.