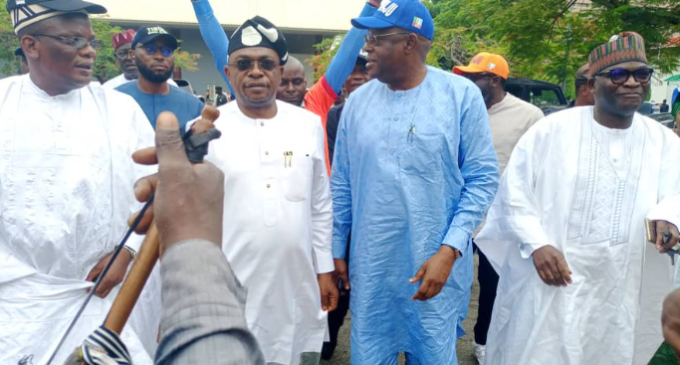 Members of the Tinubu Support Group (TSG) have picked up the presidential nomination form of the All Progressives Congress (APC) for Bola Ahmed Tinubu.

The ruling party had announced that the price of its presidential nomination form is N100 million.

The price, which elicited widespread criticism, was fixed at the party’s national executive committee (NEC) meeting.

The support group, led by James Faleke, a member of the house of representatives, picked up the form for Tinubu in Abuja on Friday.

The former Lagos governor is currently in Saudi Arabia for Hajj.