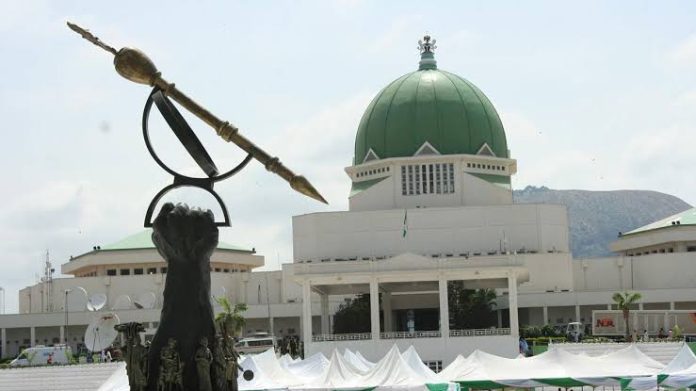 PASAN threatened to embark on industrial action if the management of the National Assembly fails to pay the arrears to all categories of workers by the end of May.

In the communiqué issued by PASAN after a meeting with the NASC and the National Assembly management, the association particularly rejected the planned payment of the arrears to workers from Grade Level 03 to 17.

The workers, however, unanimously rejected the proposal, stating that the NASC Act empowers the Commission to fix and determine workers’ allowances, stressing that National Salaries, Incomes & Wages Commission has no power to dictate allowances already fixed by the NASC in the new Condition of Service for Staff of National Assembly Service.

The communiqué partly read, “Why will payment of the minimum wage be split in the first place? The management have realised how weak the union and staff are and they are capitalising on that to ride on our collective sensibility.

“We take anything they place on the table to us and they never agree with us on anything. Will the same Management or Commission scrap all the Directorates and other positions created by the same condition of service until they get the approval from MSIWC? What business does our condition of service have with MSIWC?

“No one is even talking about leave allowances, which is part of the approved Condition of Service that was implemented last year. Leave allowance was paid to staff last year. Up till now the 2022 leave grant has not been paid. NASS management still needs approval from the Salaries, Income and Wages Commission. This is wicked.

“Who is deceiving who here please? Was the minimum wage arrears not captured in the 2021 budget of NASS? If yes, was the money released to NASS Management? What about the improved Condition of Service Allowances provision for NASS Staff in the 2021/2022 Budget? Was the money released or not? What does the record from the Federal Ministry of Finance, Budget & National Planning say about releases and cash backing of funds meant for NASS in the last 3 years?”

PASAN said it would “concede to the management’s proposal to pay the balance of minimum wage arrears to all categories of staff on a monthly basis within six months commencing from April, 2022 and not later than September, 2022.

The association said it would further “concede to the management’s decision to commence additional Tax Deduction with immediate effect,” while stating that “the management should take responsibility for cases of under-deduction of tax.”

The communiqué further read, “Demand the full implementation of the subsisting MoU jointly signed by the NASC and NASS management and PASAN on the 13th of April, 2021, with the arrears for the 2021 fiscal year paid to all categories of staff in the National Assembly service not later than 31st May, 2022; and advise the Management to note that this communiqué also serves as pre-notification of 21 days, 14 days and 7 days service of notice for industrial action in the event of failure by the National Assembly management to comply with the congress resolution.”