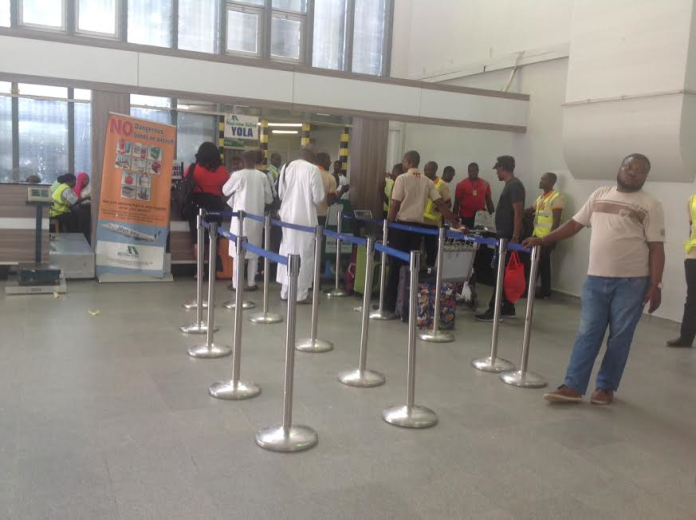 Some angry passengers have reportedly blocked the boarding gate of Nnamdi Azikiwe International Airport in Abuja following a delay of their flights.

According to Premium Times, the passengers have been at the airport since Sunday night to catch flights to different destinations.

As of 8:36 am passengers of Arik airline due for take-off at 7 pm on Sunday were still at the terminal ”without explanation from the flight workers or officials”.

“They already had delayed it from 7 to 9pm yesterday. From 9:45 yesterday till now,” a passenger said.

The passengers were said to have had an uncomfortable night at the airport as chairs within the airport served as mattresses for many of them.