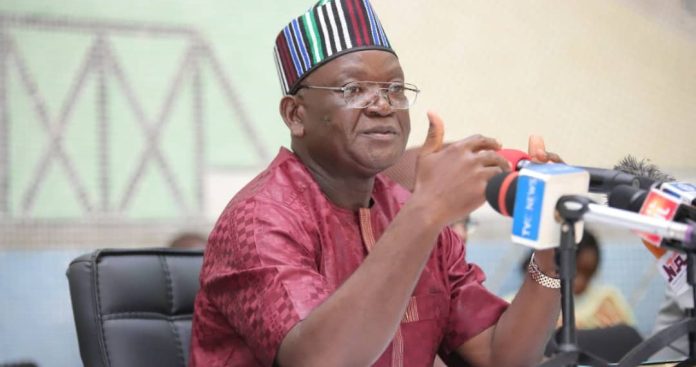 Samuel Ortom, governor of Benue state, has asked the Economic and Financial Crimes Commission (EFCC) to shun selectiveness in its fight against corruption.

According to Nathaniel Ikyur, his chief secretary, Ortom spoke on Friday when he received a delegation of the executive intelligence management course 15 participants from the National Institute for Security Studies.

The participants were on a study tour to Benue state.

Ortom expressed displeasure over the freezing of the account of the Benue State Emergency Management Agency (SEMA) by the EFCC.

The governor said the funds in the account are “meant to take care of internally displaced persons (IDPs) in the state”.

He questioned the rationale behind the action of the EFCC, saying the funds were donations from individuals and corporate organisations “who were deeply concerned about the plight of the IDPs”.

The governor alleged that the EFCC has exhibited the height of impunity by its selective war against financial crimes in the country.

He said a situation where the EFCC harasses innocent citizens on politically motivated grounds is unacceptable.

Ortom asked the EFCC to beam its searchlight on officials in the administration of President Muhammadu Buhari who he alleged “have turned the purchase of the presidential nomination forms of the APC into a bazaar”.