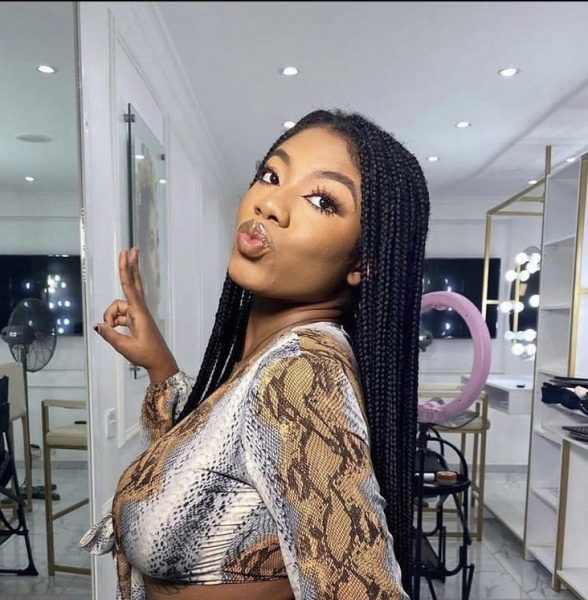 Angel Smith, the 2021 Big Brother Nigeria (BBNaija) housemate, says she dropped out of the University of Lagos (UNILAG) due to trauma from sexual assault.

The 22-year-old brought the revelation to light in an interview with Taymesan, the media personality.

The reality TV star said she was sexually assaulted by an undisclosed person shortly after she gained admission into the institution.

According to her, the experience made learning difficult for her and eventually informed her decision to drop out after two weeks in the institution.

“I was in UNILAG for only two weeks. I struggled so much for those two weeks because when I got into UNILAG was my first sexual assault experience,” she said.

“After that experience happened, I can remember just moving through it and pretending like it never happened.

“It affected my school life so much. I always blamed it on not knowing what to do in UNILAG when actually, I’ve always been fully aware of what I wanted to do.”

Angel also recounted how she struggled to sustain interest in chasing her dreams after the incident.

The reality TV added that at the time, her abuser’s comment — “don’t let me rape you” — kept coming back to her.

Angel said she kept the incident to herself due to fear of being mocked.

“I knew what I wanted to do but I didn’t just do that because I had experienced something so traumatic and I didn’t speak to anybody about it, especially not my granny because I had so much shame,” she added.

“Nobody knew I was out of school until my mum had asked and I was like, ‘let me finally be out with it’.

“When I told her that and she asked me why, I obviously did not tell her what happened. I just told her I didn’t think I was doing the right course. Then she enrolled me in a foundational programme in the UK, which I dropped out from too.”