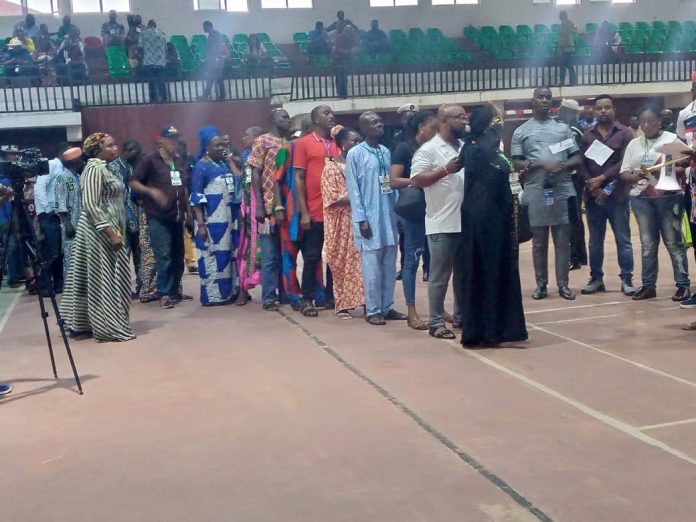 Three journalists, namely Deborah Coker of the News Agency of Nigeria, NAN, Sunny Inarumen of African Independent Television, AIT, and Osamuyi Ogbomo, a Cameraman with Independent Television, ITV, were, yesterday, arrested by a combined team of the vigilante group in Edo State and the police for covering a factional primary election organized by a faction of the Peoples Democratic Party, PDP, believed to be loyal to the Vice Chairman, South-South, Dan Orbih in Edo South senatorial district.

The journalists were taken to Oko Central police station, detained for hours and released after their statements were taken.

Inarumen, said: “We were in the venue of the primary election when armed men entered the place and started shooting and forced us into their vehicle and drove us to the police station. They were asking us why we went to cover an illegal gathering.”

Corroborating the story, Coker said they were arrested by a combined team of Edo Security Network, men of the State Vigilante and Police.

“Even after we told them that we were journalists carrying our constitutional duty, they insisted that we were providing coverage for an illegal primary that was why they took us to Oko Police station.”

In the melee, the chairman of Ward Five Oredo PDP, Tunde Igbinoba was shot and his condition cannot be ascertained at press time, while several vehicles were destroyed.