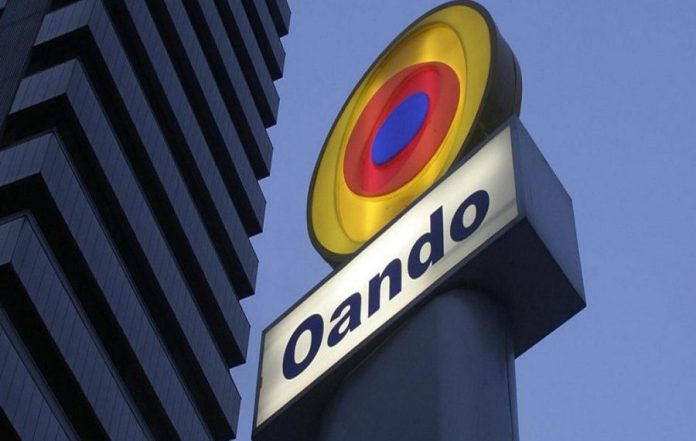 You will recall that the 3-year delay in the release of the company’s results was precipitated by the Securities and Exchange Commission’s (SEC) suspension of Oando’s 2018 Annual General Meeting (AGM) following a dispute with an indirect shareholder, Ansbury Investment Inc.

The suspension of the company’s 2018 AGM and attendant issues prevented shareholders from being kept abreast of business operations, a move decried on numerous occasions by Oando and her executives as not being in the best interests of the market.

In July 2021, Oando entered into a settlement with the SEC on all matters subject to litigation and other issues flowing therefrom, thus putting an end to one part of the dispute with Ansbury.

Key for Oando was that the SEC did not find the company guilty of any wrongdoing and by way of a settlement, was able to prevent further market disruption and harm to Oando PLC’s shareholders.

After 12 consecutive quarters of profits up until Q3, 2019, the company reported in its 2019 audited financials a loss-after-tax of N207.1 billion largely attributable to impairments for goodwill and loans associated with the indirect shareholder dispute.

The settlement of this long-running dispute led to an impairment of N148 billion on financial assets but forms the final resolution and settlement of the dispute with Ansbury, the indirect shareholder whose actions had significantly destroyed shareholder value over the last four years.

The company has been resolute in reiterating that all actions taken to date have always been in the interests of all Oando shareholder, furthermore shareholders have consistently asked the company to take all necessary steps to resolve this dispute and move the business forward.

The actions of both SEC and the indirect shareholder contributed largely to eroding its stock’s value significantly from its listing price of an average of N9 per share in 2017, to an average N3 per share in 2022. Despite the loss, this one action has far-reaching and positive implications – the settlement finally takes Ansbury out of the picture and will be a welcome relief for the company, her shareholders and market as it finally allows Management to focus their efforts on setting a new path for growth and value creation for her shareholders.

With 2019 behind it, the company faced a new challenge in 2020 in the form of the COVID-19 pandemic which negatively affected all corporates not just those operating in the oil and gas sector.

Oando Puts Shareholder Dispute Behind it, Announces 2019 And 2020 FYE Results

The decline in oil revenue is on the back of the decline in crude oil price following the outbreak of COVID-19 and the price war between Saudi Arabia and Russia, which led to a supply glut.

The price war between Saudi Arabia and Russia that broke out on March 4 due to the collapse of the OPEC+ agreement was a big factor in taking an already-deteriorating situation and turning it into an existential crisis for many companies including International Oil Companies like Royal Dutch Shell, Chevron, ExxonMobil, etc. and indigenous companies like Oando amongst others.

Closer to home companies such as Seplat, another indigenous player had to revalue downwards its oil and gas assets by $114.4million to reflect the lower crude oil prices of 2020 and this reversed the operating profit of US$82.7million to a loss for the year 2020 of US$85.3million, the company further incurred a non-cash impairment of $144.3 million.

Against this backdrop and like other oil and gas players across the world, Oando reported further impairments across financial and non-financial assets which significantly impacted its financials after tax.

The COVID-19 pandemic marked the cause of the third price collapse of the oil and gas industry in 12 years. It was particularly the worst shock among the three as there was an unparalleled decline in the demand for oil as well as its derivatives.

This, combined with the inability of OPEC+ to agree to production cuts, resulted in a global excess supply of 35 million barrels a day by the end of Q1 2020.

“2020 proved to be an unprecedented year for the global economy due to the impact of the novel COVID-19 pandemic.

The Oil & Gas industry was no exception as the year turned out to be one of the most challenging years in its history as we witnessed the lowest oil prices since our sojourn into Nigeria’s upstream sector in 2008, thus negatively impacting our revenue during the period.

This resulted in us having to impair a portion of the goodwill on our balance sheet to ensure the carrying value of our assets was a true reflection of the environment we were operating in.

Furthermore, the second tranche funding of the settlement of a protracted and disruptive shareholder issue resulted in us taking a further impairment on a category of our financial and non-financial assets.

Despite these challenges, our hedging policy and long-term offtake contracts ensured our cash flows were not severely stressed during this period.”