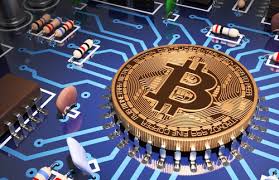 The crypto market moderated in prices throughout the weekend, with bitcoin falling for a third day in a row and returning to $20K as of Monday press time.

The altcoins, which are typically regarded for having higher levels of volatility, have recently performed very surprisingly with little to no change.

Ethereum has fallen to below $1,200 after losing almost 3% of its value during the early hours on Monday. The crypto had earlier posted a multi-week high at well over $1,250 just a few days ago.

BNB, Solana, and Polkadot have all decreased in value by comparable amounts in just one day to under $240, under $40, and $7.1, respectively.

Shiba Inu is up a little over 1%, while Ripple, Cardano, Dogecoin, Tron, and Avalanche are all slightly in the red. With a 4% increase, Litecoin has benefited the most from the larger-cap alts.

This week’s traders will be keeping an eye on Wednesday’s anticipated reading of the U.S. consumer price index. The report may affect market perceptions of the Federal Reserve’s upcoming action at a meeting later this month; at the time of the most recent reading, inflation was running at its highest rate in forty years.

This past Friday’s report on U.S. job growth in June allayed some fears that the nation was already in a recession; as a result, the Federal Reserve should find it easier to proceed with interest-rate increases of 75 basis points (0.75 percentage point), or three times as quickly as previously planned.

As the Vice-Chair of the Federal Reserve is reportedly saying, crypto laws must be imposed now before the digital assets business undermines the stability of the entire financial system, crypto investors are closely monitoring the policy framework.

According to media reports, Fed Vice Chair Lael Brainard emphasizes the importance of regulating the nascent industry while it is still relatively small, even though she acknowledges that the digital asset space has the potential to upend the financial system.

Innovation has the potential to make financial services faster, less expensive, and more inclusive in ways that are inherent to the digital ecosystem.