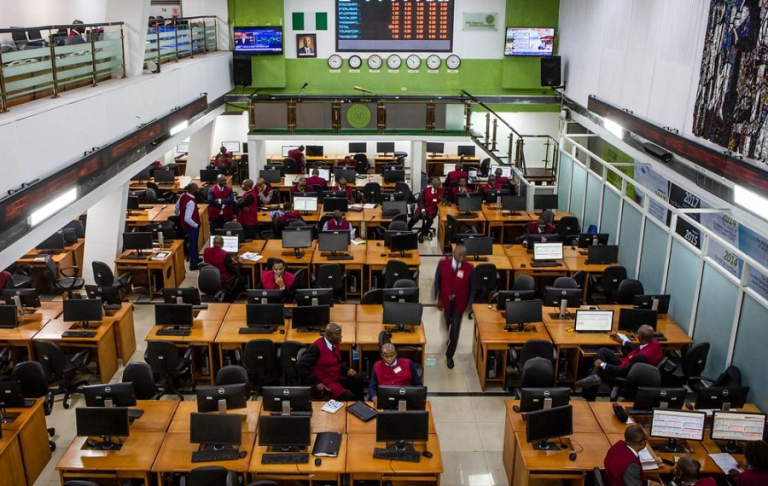 Specifically, amidst mixed performance, the All-Share-Index settled lower at 52,308.88 basis points as against its previous close of 52,319.94 basis points.

The bearish trade dragged both the month-to-date and year-to-date performance of the All-Share Index at 0.95 per cent and 22.46 per cent from their previous close of 0.97 per cent and 22.48 per cent respectively.

Investors, therefore, lost six billion naira off their equities investment as the market capitalisation followed suit the direction of the ASI to stand at N28.208 trillion, representing a 0.02 per cent downtick from the N28.214 trillion it stood at the end of the previous trading session.

Market breadth was parallel 16 counters were both represented on the gainers’ and losers’ charts.

On the performance chart, RTBriscoe gained 10.00 per cent to become the best performing stock in the session, flanked by GlaxoSmithKline, Cornerstone Insurance, Courtville and FTN Cocoa. From the rear of the chart, Multiverse, Japaul Gold, Academy Press, Caverton and UPDC populated the top five losers’ charts.

Market activity as measured by the volume of trades, however, improved with daily traded volume stood at 205.641 million units, representing 76.85 per cent uptick from a volume of 116.281 million units traded in the previous session.

However, the value of those traded stocks waned by 19.57 per cent in the session to stand at 2.787 billion as against a value of 3.465 billion recorded in the previous trading session.

United Bank for Africa (UBA) maintained its previous dominance of the volume charts as the top traded stock by volume for the trading session, followed by Access Holding Corporation, AIICO Insurance, FBN Holdings and Guaranty Trust Holding Company (GTCO) to complete the list of the five most traded stocks by volume.

With regards to the value of the traded stocks, MTN Nigeria took the lead of the top five performers. It is flanked by UBA, Seplat, GTCO, and Access Corporation.