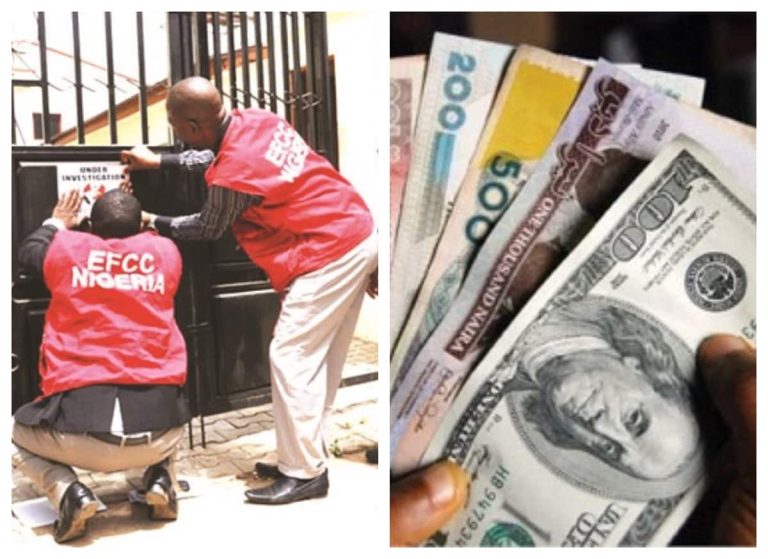 Operatives of the Economic and Financial Crimes Commission (EFCC) have raided a Bureau De Change (bdc) hub at Wuse Zone 4, which is home to most of the operators in Abuja.

The action by the anti-graft agency might not be unconnected with the current crisis in the foreign exchange market, which the Central Bank of Nigeria (CBN) has said is fuelled by speculation, and has seen the naira almost hitting N800 to a dollar.

According to ChannelsTV, the raid was a covert operation to dislodge currency speculators who are alleged to be massively mopping up available foreign currencies.

An anonymous source said that the raid by the EFCC is a product of weeks of surveillance in which agents of the anti-corruption agency have been monitoring the activities of most of the Bureau de change operators in the Wuse 4 axis.

A top BDC operator had some days ago told Nairametrics that foreign exchange traders in Abuja usually buy dollars cheaper and sell high especially to politicians who can buy at any rate unlike businesses.

Operations to be extended to Lagos, Kano, Port Harcourt

The EFCC is reported to be working on intelligence that some forces with massive inflow of naira have mobilized resources and are busy buying up available foreign currencies, especially the United States dollar, to either hoard or smuggle the same out of Nigeria.

Some operatives of the Commission have also been seen keeping vigilance at major airports in the country, in what a source said is a coordinated nationwide operation that will be extended to all the major commercial cities such as Kano, Lagos and Port Harcourt.