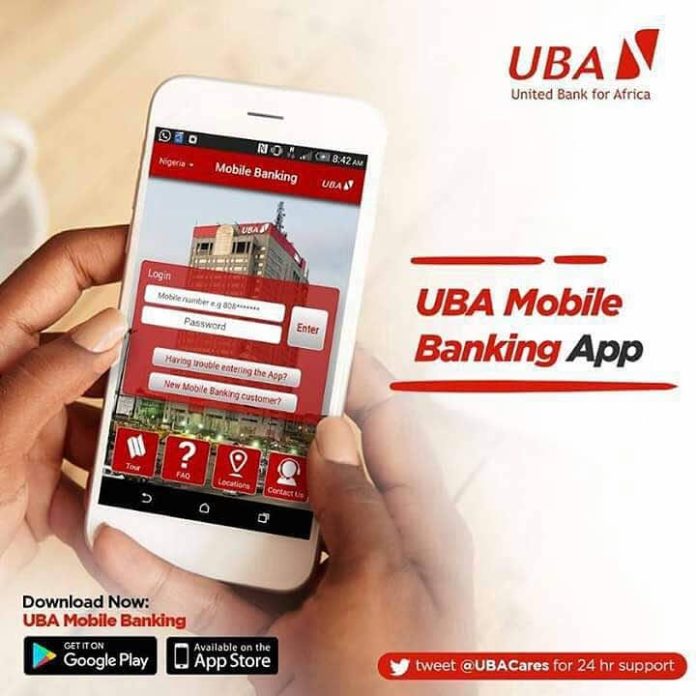 In conformity with the digital transformation sweeping across the financial sector, all Nigerian banks today have deployed mobile apps to enable their customers carry out transactions at any location they are without visiting a bank.

Directly from the apps, bank customers can make transfers and pay bills of any kind and also make complaints. Some of these apps come with upgraded features that allow users to request ATM cards and chequebooks.

In an attempt to get the best for their customers, some of the banks are now having more than one app, even as they continue to update them with new features. The idea of multiple apps, though often creates confusion for some uninformed customers as to which is the real app for their bank at the point of download, gives customers a choice for the same bank.

SKYTREND NEWS takes a look at each of these banking apps on the Google Play Store and here are the apps that have crossed 5 million downloads:

The First Bank mobile app which is popularly called FirstMobile ranks among the best in Nigeria. A peep into the FirstMobile app revealed interesting features, which are likeable and user friendly.

It has a nice user interface which can be used for not just interbank transfers, but also intra bank transfers. It can be used for purchasing airtime, paying for DSTV, Startimes, Gotv and PHCN bills. It can generate statements of account instantly and even bring back records of transaction up to 2 months back. The transaction successful receipt is beautifully designed and on the account setting, one can easily change his/her mPIN, change his/her nickname, synchronize your token to the app, change transaction PIN and carry out other operations.

With its large customer base, it is not surprising that First Bank’s mobile app is one of the most-downloaded banking apps on Google Play Store. As of July 2022, the app has recorded over 5 million downloads on the Play Store.

With its beautiful white and red interface background, the app requires users to input their account number and 6-digit passwords, before they can log in to their profiles on the app. Cheque and card request, funds transfer, self-transfer, airtime purchase, payment of bills, payment for hotel lodging and branch locator are some of the main features on the app.

Zenith Bank Mobile is one of the most-downloaded banking apps in Nigeria today with over 5 million downloads on Google Play Store.

The revamped GTBank Mobile App lets you carry your bank with you wherever you go. Very easy to use, it offers you a simplified and streamlined access to all the bank’s products and services as well as the convenience to pay all kinds of bills, in one place. GTBank says the app is simple to use, secure and streamlined for its customers’ utmost convenience.

Interestingly, GTBank launched another app, GTWorld in 2017, describing it as Nigeria’s first biometric mobile banking app. However, the older GTBank app remains the bank’s customers choice with over 5 million downloads as of July 2022.

UBA is one of the Nigerian banks with more than one mobile banking app. As with GTBank the old UBA mobile app is getting more downloads than the new.  The UBA mobile banking app helps you to easily make money transfers, buy airtime and pay bills. The app has different features that not only ensure that your financial transactions are easier and more enjoyable to carry out but those that also work to make sure you stress less.

While the bank’s new mobile app has his 1 million, the old app has been downloaded 5 million times on the Play Store.

The revamped and enhanced Ecobank Mobile app makes it super easy to bank on the go 24/7. The app allows users to manage their everyday banking needs anywhere anytime directly from their mobile device.

The app is very useful for interbank transfers, airtime top ups, statement viewing, and payment of internet and cable TV subscriptions. Users can also get help from the Ecobank mobile app in all 33 African countries where Ecobank is present.

The Ecobank mobile app has also been downloaded 5 million times on Google Play Store, thus ranking among the most-downloaded banking apps in Nigeria.

While all banks now have mobile app, and some even having more than one, only the 5 listed above have hit 5 million downloads and others are not even close. The nearest to these 5 are having 1 million plus downloads.