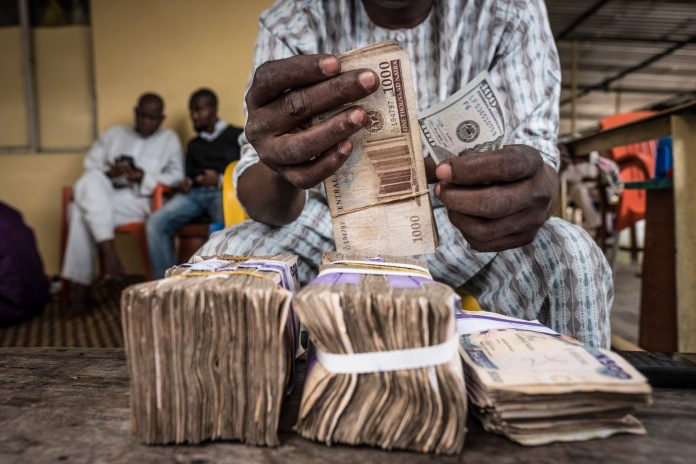 The naira, on Monday, appreciated against the dollar at the parallel section of the foreign exchange market.

Bureaux De Change (BDC) operators, popularly known as ‘abokis’, who spoke to newsmen in Lagos, quoted the naira at N695 to a dollar.

The figure represents a gain of N12 or 1.7 percent compared to the N707 it traded last week.

The traders put the buying price of the dollar at N680 and the selling price at N695, leaving a profit margin of N15.

They attributed the appreciation in the value of the naira to the adequate availability of dollars in the market to meet demand.

“The rates have been dropping. Some people have bought dollars from different states like Kano where it is cheap. They brought it to Lagos. Now, we have more dollars in the market compared to last week,” Musa, a BDC operator, told newsmen.

A parallel (street/black) market is characterised by noncompliant behaviour with an institutional set of rules.