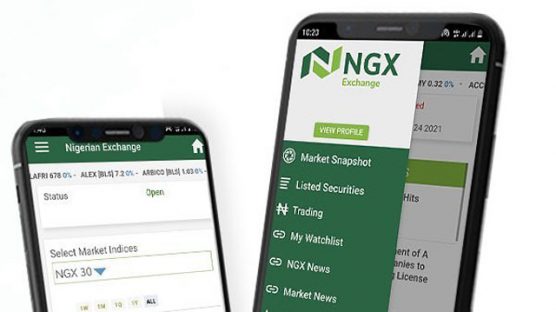 The Nigerian equity market is now on its second consecutive month of decline as it posted a negative performance in the month of July 2022. This is as the Central Bank of Nigeria increased the MPR rate in those two months by 250 basis points, indicating that investors are taking a flight away from risky asset to find safe havens in a bid to hedge against double digit inflation.

In July, the All-Share Index (ASI) for the month, lost 2.79% starting at 51,817.59 basis points to end the month at 50,370.25 basis points. The market capitalization also lost in similar fashion from N27.94 trillion at the beginning of the month, to end the month trading at N27.16 trillion, also representing a 2.77% loss. Despite the loss seen, some stocks still posted monthly gains. These stocks include:

The uptick in its share price looks to be a bullish reaction to the company’s audited statement for 2022 released at the beginning of July. The report revealed a stellar performance from the company as it was able to grow its revenue by 145% from N1.67 billion in 2021 to N4.11 billion in 2022. The growth in its revenue was majorly attributable to sales of books and dairies.

The Initiates Plc is a professional waste management company in Nigeria offering services for waste management, industrial cleaning and decontamination for the private and public sectors. The company touts to have a multi-disciplinary and flexible workforce structure that is functional in a wide range of work environments and driven by innovation, excellence and commitment.

TIP began the year with a share price of N0.37 and has since gained 29.7% on that price valuation, ranking it 21st on the NGX in terms of year-to-date performance. The firm is the 120th most traded stock on the Nigerian Stock Exchange over the past three months. TIP has traded a total volume of 510,400 shares, in 6 deals, valued at N220,576 over the period, with an average of 8,102 traded shares per session. A volume high of 200,000 was achieved on June 10th for the same period.

John Holt Plc assembles, sells, leases and services power and cooling equipment in Nigeria and has business interests in the energy, infrastructure and construction sectors. The company sells, leases and maintains Holt Star air conditioners for home and industrial use; sells, installs and maintains diesel generators; provides after-sales service and spare parts for its product range; and supplies fire and safety equipment and services.

John Holt began the year with a share price of N0.72 and has since gained 23.6% on that price valuation, ranking it 24th on the NGX in terms of year-to-date performance. The firm is the 107th most traded stock on the Nigerian Exchange over the past three months as it traded a total volume of 2.5 million shares, in 221 deals, valued at N1.77 million over the period, with an average of 39,654 traded shares per session. A volume high of 383,203 was achieved on June 23rd for the same period.

Other stocks with significant appreciation include;

On the decliners side, we have MCNICHOLS losing 55.17% leading the charge. This is followed by NAHCO and HONYFLOUR losing 29.41% and 25.72% respectively.

Are you interested in making money from the stock market but need recommendations on what stock to buy, sell or hold? Check out our Premium Newsletter service