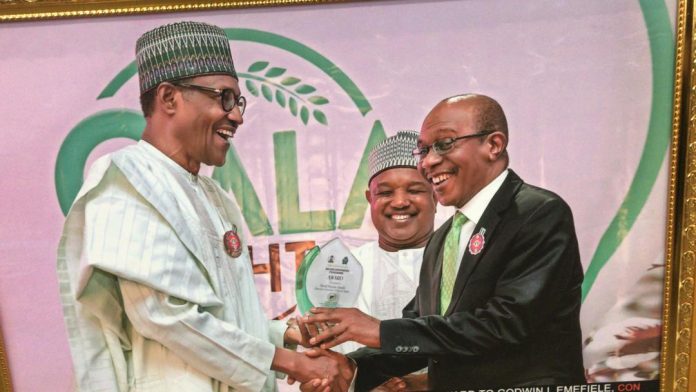 The Central Bank of Nigeria has extended a total sum of N19.9 trillion circa (N20 trillion) in loans to the Federal Government under its Ways and Means provision as included in the CBN Act.

The Ways and Means provision allows the government to borrow from the Apex Bank if it needs short-term or emergency finance to fund delayed government expected cash receipts of fiscal deficits.

Provisions in the act cap monetary financing of fiscal deficits at 5% of the prior year’s revenues.

However, since the government started experiencing a significant shortfall in revenue, it has relied heavily on the central bank to finance its expenditure programs via Ways and Means.

The CBN has now extended a total sum of N2.45 trillion in the first 6 months of the year on track with a recent year’s credit extension. This is almost N5 trillion annualized.

In 2021, the CBN lent the government a total of N4.34 trillion and N4.38 in 2020 as government revenues decimated as a result of the Covid-19 pandemic and its attendant effect on oil revenues.

The Buhari administration has relied heavily on Ways and Means as a source of financing its budget deficits especially as it presided over a period of historically low oil prices, oil theft, and oil supply caps.

At the end of May 2015, when the government got into power, Nigeria had about N789.6 billion as Ways and Means balance with the central bank.

At about N20 trillion currently, the debt to the CBN is 25 times what it was in 2015 an unprecedented utilization of the Ways and Means provisions.

For example in the first 9 months of 2021 the government budgeted about N4.9 trillion in apportioned revenue but only received N3.4 trillion.

Also, in the first four months of this year, FG budgeted a prorate revenue of N3.3 trillion but has only received N1.6 trillion or 49% of target.

Meanwhile, N4.7 trillion was incurred as expenditure out of which N1.9 trillion was for debt service or 119% of collected revenue.

This perhaps explains why funding from CBN’s Ways and Means rose by N2.45 trillion in the first 6 months of the year.

According to the central bank’s 2020 credit policy, it stated that “Ways and Means Advances shall continue to be available to the Federal Government, to finance deficits in its budgetary operations to a maximum of 5.0% of the previous year’s actual collected revenue.

Such advances shall be liquidated as soon as possible, and shall in any event be repayable at the end of the year in which it was granted.”