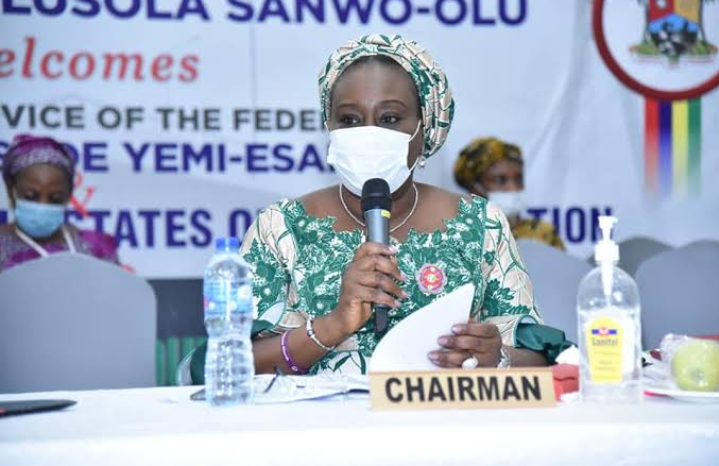 Folasade Yemi-Esan, head of the civil service, has decried the non-payment of death benefits of civil servants to their relatives by insurance companies.

Yemi-Esan said this during a meeting with the underwriters of the group life insurance policy for civil servants in her office in Abuja, according to a statement released on Tuesday by Mohammed Abdullahi Ahmed, the service’s deputy director of communications.

Yemi-Esan said while the federal government was doing its best to improve the welfare of families of deceased workers through the prompt release of funds for the payment of death benefits, the underwriters and brokers were frustrating these efforts with “their unserious attitude”.

She stressed that the non-performance was unacceptable and must be remedied, adding that the meeting was necessary to bridge the gap that exists between the underwriters and brokers as it was unreasonable to repeat the same activities without achieving a meaningful result.

“If the brokers are no longer relevant, then they should be blacklisted,” she said.

From the breakdown of the report, Yemi-Esan said there was a clear indication that there was a huge gap between the number of claims reported and those paid.

The head of service further stressed the need for improvement from the insurance service providers as there is always room for other alternatives.

On his part, Segun Omosehin, lead underwriter and chief executive officer (CEO), Old Mutual Nigeria Ltd, expressed his gratitude to the head of service for her concerns over the underwriters’ low performance.

He, therefore, made a commitment to support the head of service by doing the needful to bridge the existing gap between the underwriters and the brokers, as he admitted that it was a major issue responsible for the late payment of claims to families of departed civil servants.