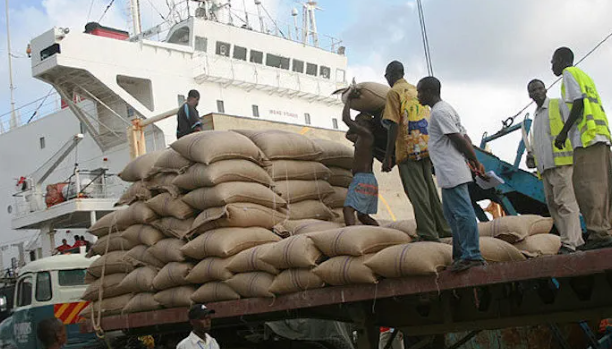 Imported food inflation in Nigeria rose to a 5-year high of 17.94% in August 2022, having consistently increased for the past three months. This is according to analysis by Nairalytics, the research arm of Nairametrics from data tracked from the National Bureau of Statistics (NBS).

The NBS on Thursday, 15th September 2022 released Nigeria’s Consumer Price Index report for the month of August of 2022, putting Nigeria’s inflation rate at a near 17-year high of 20.52%.

A further breakdown of the report showed that food inflation rate also quickened to its highest level in almost 17 years to stand at 23.12%, while core inflation rose to 17.2% in the same month. An interesting component of the nation’s index is the food index, which accounts for more than 50% of the basket of items tracked by the NBS.

The Bureau of Statistics noted that the increase in the food index is as a result of the uptick in the prices of bread and cereals, tubers, fish, meat, oil and fat. Meanwhile, Nigeria’s food import has been piling more pressure on the food index in recent times, following the fallout of the Russia-Ukraine war.

In the first half of the year, Nigeria imported agricultural goods worth N907.8 billion against an export value of N343.4 billion, representing an agric trade deficit of N564.4 billion.

This is particularly interesting considering that the agricultural sector is the largest sector in the Nigerian economy, yet it is not able to ensure food sufficiency.

Nigeria’s heavy reliance on food importation has opened the economy to the global upsurge in prices experienced by most economies.

The war between Ukraine and Russia, which broke out in February 2022, caused a significant uptick in the price of food items like wheat. Note that Nigeria is a major importer of durum wheat.

Specifically, durum wheat ranks as the third most imported item in the country, and the highest in terms of food imports. However, the trade disruptions that followed the war between the two major exporters of wheat, importing nations had to pay higher costs to acquire the highly in-demand item.

Nigeria is a huge consumer of wheat products, with its local production only accounting for just 1% of the 5 to 6 million metric tons consumed annually, while we rely on importation to meet local demand. Hence, the enormous demand-supply gap is bridged with over $2 billion spent annually on the importation of wheat, piling more pressure on the nation’s import bill.

Nigeria’s agricultural sector has not been able to fill the food supply gap, despite huge investments in the sector. In the last Monetary Policy Meeting of the CBN held in July 2022, the apex bank noted that it had disbursed a total of N1.01 trillion under the Anchor Borrowers’ Programme for the cultivation of rice, wheat, and maize.

In the same vein, the CBN said it had disbursed N744.32 billion under the Commercial Agriculture Credit Scheme for the completion of 678 projects in agro-production and agro-processing.