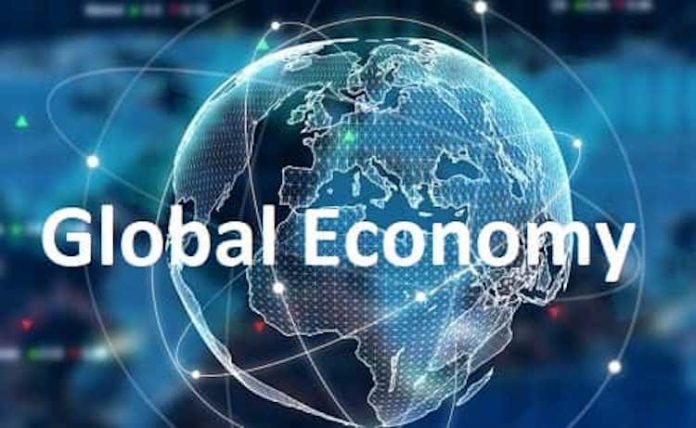 Borrowing from the parlance of Project Management, if we were to RAG the Global Economy today, we have moved from Amber to Red. We are far away from Green. We are in flashing red territory.

The yield curves are deepening and that’s akin to the fuel light coming on when the car is low on petrol. Earlier in the year, the yield curve was Inverted.

The 3-month and 10Y Treasury is under close watch. An indicator, not a trigger though. Investors would dump short-term instruments for longer-term ones and this reflects analysts’ pessimism about the near future.

Incessant rate hikes by central bankers as they all desire to tame inflation persist, but monetary policy might not deter the possible recession looming.

The pandemic created an environment where governments had to support citizens, businesses, and households with stimulus checks, and intervention schemes funded by borrowing, albeit recklessly. So when businesses were able to return, central bankers who wasted time in mopping up excess liquidity let inflation loose with the Russia-Ukraine impasse rubbing salt on the economy wounds.

Now we have supply chain issues, commodities super-cycling with oil far away from the sweet spot consumers want it at, and interest rate hikes are not sufficient. All risky assets are down bad and overvalued startups and companies might never reach their all-time highs as excessive and exuberant VC money created a bubble.

The same can be said about cryptocurrency, where many projects are down and only the solid ones haven’t entirely bust. The cryptocurrency market has lost half of its entire value. There are question marks on when the market will hit the $4 trillion mark again.

Hedge funds are up against the benchmark index as they have profited from volatility. Long-term investors will have to be patient to enjoy such returns, literally, have to bear the bear markets.

Currencies: As a Nigerian, you are always advised to buy dollars to hedge against currency depreciation. Now that rule can be applied to every other citizen in the world.

The dollar is doing what it does best – proving it’s king during economic downturns. The Euro is at a 20-year low.

The Yen is at a 24-year low. The Pound is at a 37-year low. Americans can now call football soccer as €1 is now equivalent to $0.98. The pound has been slumping as the new Chancellor of the Exchequer budget speech made the UK market behave like an emerging market.

The pound has lost 21% of its value in the last twelve months and over 8% last month. The world is headed for a recession but it seems the UK is hell-bent on getting there first.

In Nigeria, oil is no longer in triple-digit territory but I’m struggling to understand why NNPC declared zero FAAC remittance for the 8th time. Questions remain on the efficiency of the subsidy scheme in Nigeria.

Inflation is at 20%, so the urge to remove subsidies evaporates as it’s not a favorable environment.

With the 2023 election coming, will there be pressure on the Nigerian economic and political environment? Time will tell.

In summary, we have risks, assumptions, issues, and dependencies in the global economy, which I’ve highlighted below:

Assumptions – Monetary policy through interest rate hikes is the only way inflation can come down and excessive government borrowing doesn’t add to it in short term.

Dependencies – Life would be better if Russia calls off the war and monetary policy would have more impact. Winter is coming, and people are advised to save money and be more conservative.