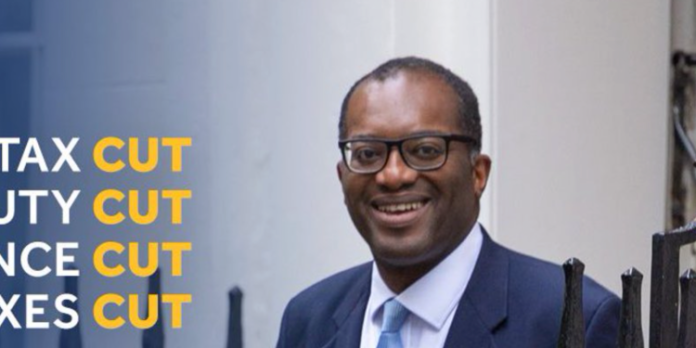 The United Kingdom has reversed its 45% top tax rate cut on the richest 1% of the economy just over a week after it was announced.

The UK Chancellor of Exchequer Kwasi Kwarteng announced a week ago that it will cut the top tax rate from 45% to 40% from April 23rd next year sending the UK Pounds spiraling down as investors scampered.

The move was criticised because the government did not show how it will fund the tax cuts suggesting that the new prime minister Liz Truss and her Chancellor Kwasi Kwarteng seemed bereft of reality.

We get it, and we have listened. pic.twitter.com/lOfwHTUo76

In a message to the general public, the chancellor tweeted “we get it, and we have listened” adding that “It is clear that the abolition of the 45p tax rate has become a distraction from our overriding mission to tackle the challenges facing our country.”