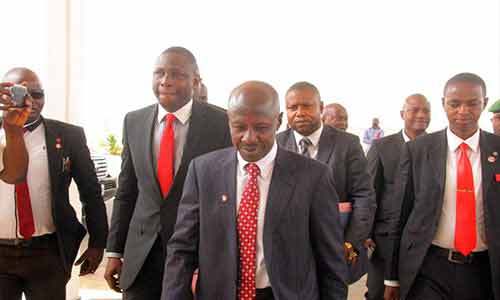 The committee based its report on financial documents made available to the Nigerian Financial Intelligence Unit (NFIU) by FCMB.

The former acting chairman of EFCC had been accused of purchasing a property in Dubai using Omale’s name — an allegation the pastor denied.

Omale, through Gordy Uche, had sued the commercial bank and demanded N5 billion in exemplary, aggravated, special and general damages, but the bank resorted to a public apology.

Delivering judgement on the suit marked: FCT/HC/CV2541/2020, Yusuf Halilu, the presiding judge, held that the bank recklessly breached the duty of care it owes to the claimants – Omale, his wife (Deborah), and their church.

Halilu ruled that the evidence before the court demonstrated that the bank had acknowledged making a mistake in its account entry report to the NFIU.

The judge additionally held that the bank claimed that its reporting system had incorrectly shown the alleged N573m as a credit entry in the church’s account.

Halilu pointed out that Omale, his wife, and their church suffered irreparable harm to their reputations both domestically and abroad as a result of the bank’s negligence.

He decided that the claimants’ evidence was adequate to prove the bank was negligent.

As a result, the court decided to grant the claimants N200m in general damages, N140,500,000 in special damages, and N200m in aggravated damages.