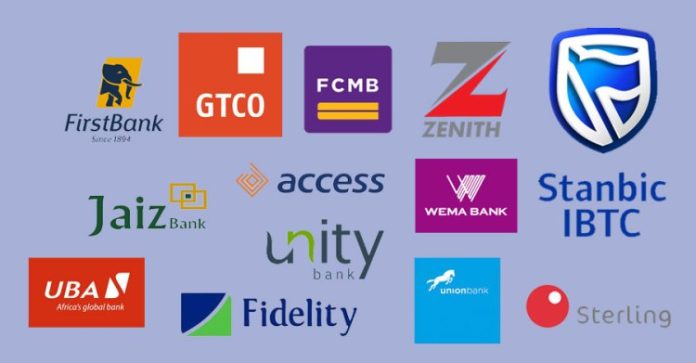 Twelve Nigerian banks listed on the Nigerian Exchange (NGX) paid N62.41 billion to the Nigerian Deposit Insurance Corporation (NDIC) as deposit insurance premium in the first half of 2022,

This represents a 15.4% increase compared to N54.07 billion recorded in the corresponding period of 2021.

This is according to data processed by Nairalytics from the half-year report of the banks under review.

Hence, the banks’ insurance premium spending is a function of the volume of their customer deposits and their perceived risks.
Meanwhile, the banks accumulated total customer deposits of N41.25 trillion as of the end of June 2022, representing an increase of N3.28 trillion from N37.97 trillion recorded at the beginning of the year.
The amount paid by the banks to the regulatory body represents 0.15% of the aggregate customer deposits by the twelve banks. When annualized the figure rises to about 0.3% or 30 basis points.

NDIC charges banks between 30 to 50 basis points on their total demand deposits.

NDIC Payments
A further breakdown of the bank payments to the NDIC, showed that Access Bank paid the highest of N11.1 billion in the period under review, followed by Zenith Bank (N9.78 billion), while Jaiz Bank recorded the lowest payment of N446 million.

Banks with the largest demand deposits will typically pay the most premium to NDIC in terms of absolute numbers. However, some banks pay higher relative to their deposits.

The ratio is an important metric, as it shows the level of risk assigned to each bank’s deposit collection. It is calculated by dividing the total deposit insurance by aggregate customer deposits as of the period. The higher the ratio the more risk a bank is perceived to carry.

Nairametrics compiled a list of quoted commercial banks operating in Nigeria based on their insurance premium-to-customer deposit ratio in the first half of 2022.

Below are the banks with the highest deposit risks in H1 2022:

Jaiz Bank – 0.40%
Jaiz Bank led the list with a ratio of 0.4%, paying a sum of N446 million to the NDIC as a deposit insurance premium for the first half of the year, an increase of 17.6% from N379 million paid in the corresponding period of the previous year.

Stanbic IBTC paid a sum of N2.76 billion as a deposit insurance premium between January and June 2022 to the NDIC, representing a 13.6% increase compared to N2.43 billion paid in the previous year’s half year.

Also, its customer deposit increased by 5.6% to stand at N1.19 trillion from N1.13 trillion recorded at the beginning of the year.
Consequently, its insurance premium-to-customer deposit ratio stood at 0.23%, ranking second on the list.
Sterling Bank – 0.23%

Sterling Bank ranked third on the list with a 0.23% insurance premium-to-deposit ratio, having paid a total of N2.81 billion to the NDIC between January and June 2022.

Its insurance premium payment to the regulator increased by 17.1% from N2.4 billion paid in the same period last year.
Also, its customer deposit rose from N1.21 trillion recorded as of December 2021 to N1.23 billion by the end of Q2 2022, representing a 1.6% increase in the six-month period.
It is worth noting that Sterling Bank aggregated its total insurance cost in the period under review.

FCMB – 0.22%
FCMB is in the fourth position on the list with an insurance premium-to-deposit ratio of 0.22%.

The bank paid a sum of N3.59 billion to the NDIC in the review period, 32% higher than the N2.72 billion paid in the corresponding period of the previous year.
Also, its customer deposit increased by 5.3% to N1.64 trillion from N1.55 trillion recorded as of the end of December 2021.
Union Bank – 0.21%
Union Bank paid N2.99 billion as a deposit insurance premium to the NDIC in the first half of 2022, a 12.1% increase when compared to the N2.67 billion that was paid in the corresponding period of 2021.

Similarly, customer deposits increased by 7% to N1.45 trillion as of June 2022 from N1.36 trillion at the beginning of the year.
The company’s insurance premium-to-deposit ratio stood at 0.21% to rank fifth on the list.