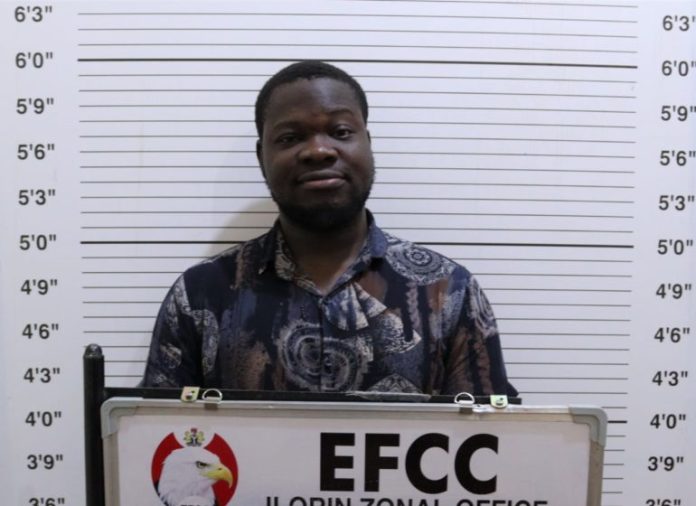 A high court sitting in Ilorin, Kwara state, has sentenced Basheeru Seyi, a student of Kwara Polytechnic, to six months in jail over $9,891 fraud.

According to NAN, Seyi is an indigene of Oyan in Odo-Otin LGA of Osun. He is a student of marketing at Kwara Polytechnic.

The 31-year-old was arraigned for fraud charges by the Economic and Financial Crimes Commission (EFCC) on Friday.

The charge against him reads: “That you, Basheeru Azeez Seyi, sometime between July 2020 and January 2022 in Ilorin, within the jurisdiction of this Honorable Court knowingly had under your control the gross sum of $9,891.

“Which you knew to be unlawfully obtained and thereby committed an offence contrary to and punishable under Section 319A of the Penal Code”.

The student pleaded guilty to the charge against him.

Following his plea, Sesan Ola, counsel to the EFCC, reviewed the facts of the case through a witness, who is an operative of the commission.

The witness tendered the extra-judicial statements of the defendant, HP laptop, one RX 330 Lexus car, and one phone as evidence of the crime against the defendant.

Ola also prayed the court to convict the defendant as charged.

In his ruling, Adebayo Yusuf, the judge, sentenced the defendant to six months imprisonment with N200,000 as an option.

Yusuf also ordered the forfeiture of the convict’s car, one iPhone XR, and an HP laptop to the federal government.