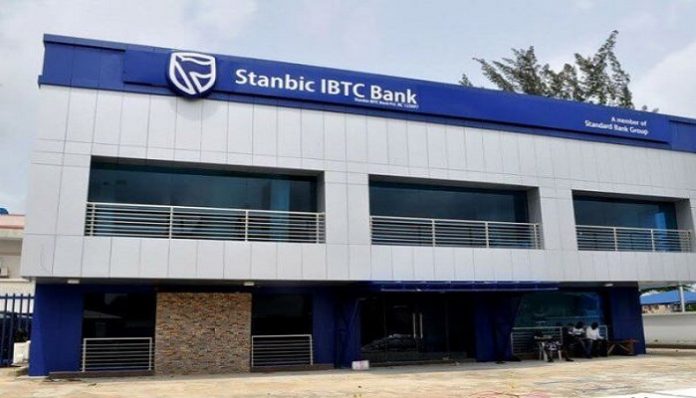 These are the critical factors kept under watch in our first quarter analysis – “whether the improving income lines would step up or slow down, whether management would contain the soaring cost of funds and whether high operating cost margin would drop further to improve the ability to convert revenue into profit”.

However, the bank’s management lost its grip on loan loss expenses in the second quarter with net loan impairment expenses jumping from N586 million in the first quarter to N5.5 billion at half year. This is against a net write-back of N1.5 billion in the same period in 2021.

The incursion of loan loss expenses on earnings is the main challenge for the bank this year on its way to a turnaround from revenue and profit drops in 2021. Rising credit losses is partly compensated by moderated increases in interest and operating expenses but the bank keeps losing profit margin.

Stanbic IBTC Bank’s audited financial report for the six months ended June 2022 shows a significant slowdown in interest expenses from 85 percent rise in the first quarter to an increase of 57.7 percent to close at N17.9 billion at the half year.

Yet interest expenses are going up for the first time in three years after dropping for the second year at 7 percent to N29 billion in 2021. Despite the slowdown in the second quarter, the bank is still headed for one of the strongest increases in the cost of funds in many years this year.

Also, total operating cost slowed down from 32 percent growth in the first quarter to 22.6 percent at half year to about N68 billion at the end of June 2022.

The bank is seeing a positive change from last year’s position when operating expenses grew against a drop in gross income. At half year, gross earnings grew twice as fast as operating cost at 45 percent to N67.9 billion.

While the cost savings were insufficient to defend profit margin, they were good enough to strengthen the recovery functions of the bank. There is a step up in after tax profit from 34 percent increase in the first quarter to 36 percent growth to N30.7 billion at half year.

This has sustained Stanbic IBTC Bank on the path of a strong recovery in the current year after it lost both revenue and profit for the first time in years in 2021. The bank’s after tax profit had dropped by 31.5 percent to N57 billion in 2021 and gross earnings went down by 13 percent to N204.5 billion in the year.

Major improvements in revenue lines that began in the first quarter were sustained and further improved in the second quarter. Net trading income continues to lead revenue improvements, jumping three times year-on-year to over N16 billion at half year. This is a major upswing from a 74.5 percent drop last year to N23 billion.

A rebound in interest earnings achieved in the first quarter was maintained in the second quarter. Interest income grew by over 54 percent year-on-year to N68.2 billion at half year, marking a strong upturn from two years of decline to 2021. This is the strongest improvement in interest income the bank is seeing in more than a decade.

Stanbic IBTC Holdings closed the 2021 operations with the lowest interest income of N104 billion in four years. It is tagging along with our expectation based on the strong first quarter starting that a new peak in interest income is quite likely for the bank this year.