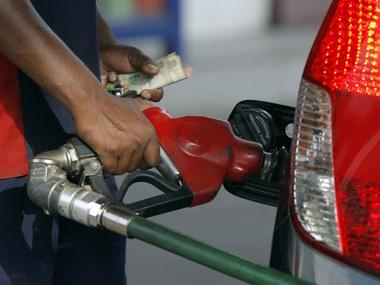 Thirteen days after the Federal Government assured that the ongoing petrol shortage in the nation’s capital would ease, queues at filling stations have grown longer.

Checks by Vanguard showed that while most stations were shut, the few that were opened to customers had long queues with motorists complaining of having to spend several hours on the queue.

Chaotic scenes were seen at Conoil and Total filling stations located at the Central Business District of Abuja as motorists tried to gain entrance to the stations without having to stay on the queue.

The Federal Government had about two weeks ago attributed the latest round of petrol scarcity to flooded roads in Lokoja, Kogi State, a major transit route for tankers bringing products into Abuja.

But the flood has since receded with traffic able to ply the road.

The government said the flood incident has made the road impassable leaving trucks and other road users stranded.

The national oil company, Nigerian National Petroleum Company Limited, had in a statement in Abuja said it was working to find alternative routes to stranded tankers.

It said it has sufficient stock of petroleum products, urging the public not to give in to panic buying.

“The current queue situation in some parts of Abuja and its environs is as a result of delays in arrival of fuel trucks.

This is happening as a result of heavy flooding that has submerged parts of the highway passing through Lokoja, Kogi State and also an incidence of a failed road section around Badegi-Agaie highway in Niger State.

“Consequently, vehicles, especially fuel tankers, are finding alternative roads to get to their intended destinations”.

NNPC Ltd disclosed that it was working “assiduously, in collaboration with relevant government agencies, to open up this major highway”.

The Nigerian Midstream and Downstream Petroleum Regulatory Authority, NMDPRA, had advised marketers against taking advantage of the situation to hoard the product.