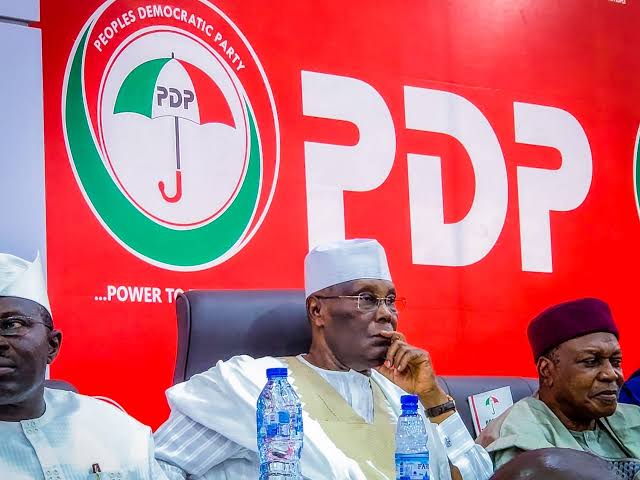 An open letter to Atiku Abubakar

Dear Alhaji Atiku, I very much hope and pray that this my open letter reaches you, and that you will see it for the genuine concern of a passionate young Nigerian who’s lived all his life believing in the Nigerian project but have been continuously disappointed by the crop of leaders that’s so far led us. Coincidentally sir, you’re in that circle of leadership.

Please take no offence, as you won’t be the first to recieve such an open letter from me. In the past, I’ve written same to ex-presidents Obasanjo, Goodluck Jonathan, President Buhari, Asiwaju Bola Tinubu, INEC chairmen, Party leaders etc.

Truth sir is, but for the emergence of the set of political party presidential candidates that emerged from the political parties for this forthcoming 2023 election in Nigeria, my previous very recent write ups for political discussions had always seen me describe myself as a passionate Nigerian who’ve lost hope in the country.

That seems to have changed now, considering the new hope this forthcoming election has re-birthed in me, and from the political excitement around, obviously for Nigeria again. The hope that we’d get it right this time.

In all sincerity, I am seeing you as the one who can really be the true hero of this election cycle. The real and true Messiah of the Nigerian people.

I am having to cycle in on you as the one with the true potential of being our messiah, because the popular mantra around your candidature, is you being the UNIFIER.
Not just the unifier of PDP, but of Nigeria as a whole.

Fate has now indeed given you the window to truly fulfill this divine purpose, which I believe is the real essence of Allah creating you. Afterall the real job of all Messiah is the unification of the people.

The sermon of love.
At this time you perfectly fit that role sir.

Should you sincerely peruse this writing with a plain mind, generous heart and unbiased perception, you will see this great assignment providence has placed on you to truly unify Nigeria.

Going by all indicators sir, you obviously have not been able to unite the political party which many assume should be the major opposition party in Nigeria politics today. Your emergence as the party’s candidate obviously have created more divide in the a major opposition’s political party, such as never been witnessed before. This I simply see as a battle lost and which may never be won, but I am writing you now because I don’t want you to loose the war.

That war is the true unification of Nigeria.

You have become a candidate members of your party can’t generally agree on your unifying mission. Just this week, Governor Nyesom Wike of Rivers state, one of your strongest political party warlord, endorsed the candidate of those you’re trying to unify Nigerians against in Lagos.

As if that wasn’t enough, the Governor of Benue state too, in person of Mr Samuel Ortom subtly endorsed Peter Obi your protoge, who irrespective of his growing popularity and the dynamism he’ve brought into Nigeria politics still goes about calling you his leader and mentor.

This endorsements from your party men is putting a great clog in the wheel of your divine purpose, which is truly to unify Nigerians.

However, fate has dashed you the magic wand that can actually be used to unify Nigeria. You only just need to see it and use it, for you to forever be written in the good books of our country as the real first unifier that achieved the unifying mission.

This is the time to put a stop to the tribal hate, that has always permeated our polity, unfortunately to the advantage of politicians, and chagrin of the masses irrespective of their region.

Let’s start with power distribution in Nigeria since independence sir. You probably will agree with me that overall, the North where you come from have been the biggest benefactor of power, unfortunately though same can’t be said of development.

Also looking at the return of democracy since 1999, your zone have actually again had presidential power more than any zone, if we combine the time of President Umaru Yaradua (May his gentle and good soul continue to rest in peace) and President Mohamadu Buhari, by the time he’d finish his second term next year May.

This is not without mentioning the cross carpeting, denigration and character malignment your name has attracted because of your ambition, and especially the damning commendation your principal whom you worked with for 8years, and who you have irrespective of the character assassination in print of you by him in all public spaces, still uphold in high respect and never have denied his leadership (Just like Mr Peter Obi adores you) have since made about you.

Let’s go away from the North and come to the west. Hasn’t my zone, (I’m actually a Yoruba man) also had 8 years stint at power, irrespective of how well accepted that candidate was amongst us?

You represent equity and your party today is divided along the side of equity, fairness and accusation of you not been a unifier. Forget those battles and take on this war of unifying Nigeria sir.

Even the south, which coincidentally seems the smallest zone but money bag of the country have also had a go at power.

Unfortunately, the persons representing this zones haven’t done well in uniting the country, as can be adjudged by the different secession agitation by almost all the zones of the country.

Simply put, my zone, your zone and South south haven’t succeeded in unifying Nigeria to a state where we aren’t divided across our tribal lines. Our diversity which should be our strength has been our greatest weakness.

Only the East haven’t tasted power sir. If we are to continue talking about one Nigeria genuinely, shouldn’t this line of thought be constant in our argument?

Otherwise won’t it only be fair on the alter of justice, fairness and equity to all decide in agreement that the east should be on their own and let their agitation materialize.

Fair enough for Nigeria, this agitation is not and agitation endorsed by all our eastern brothers. The apologists for one Nigeria still far outweighs the numbers of the agitators. A fair agitation for that matter.

Do you see the open opportunity to Unite Nigeria in this argument sir?

Secondly sir, I will still want to reiterate your mantra of UNIFICATION. Of the leading contenders aside Peter Obi, the candidate of APC which is my tribe’s elder statesman’s ambition seems to be precipitated on right and not on yearning to serve Nigerians.

I can’t go with this line of thought because I read in George Orwell’s Animal farm that power corrupts, and absolute power corrupts absolutely. This is not to mention the disappointment and never before experienced hardship Nigerian’s irrespective of tribal differences have suffered under this current administration of APC.

With the shattered PDP as it were today, can’t you see sir, that your life’s divine purpose of uniting the most populous black country in the world is fast losing steam, as those who feel a right of entitlement will eventually only be the beneficiary of the failure of your lifelong mantra? The branding of you, you want us Nigerians to believe you truly stand for?

Thirdly sir, are you not seeing your greatest success story?

While some candidates boast of building men who rarely talk highly of them publicly or are merely seen as stooges at the mercy and caprices of their supposed discoverer in the public domain, your own protege is becoming the first Nigerian who’s candidature is giving life to a political party and making an hitherto hibernation party into a National liberation political party, which is making waves across the length and breath of Nigeria.

Your political mentee is now pulling off what no one in the history of Nigeria politics has never pulled off amongst the Nigerian heterogeneous population, and more so without the initial blessings of the political gladiators.

Now the gladiators seem to be subtly rallying round him, because they see the people want him.

This is your political son who graduated from under you, and his party have suddenly been a scare for the 2 most established political party in Africa.

Even you couldn’t achieve that feat as you have had to cross carpet different political parties in your thirst to Unify Nigerians this past 24 years, while the highly respected Jagaban had had to expertly con people like you, Nuhu Ribadu, his erstwhile political leaders etc and patiently wait for a collaboration with the other zones to launch his national popularity.

In his usual manner, he has canvassed all the good honours of the joint work that amalgamated the APC and singularly taking credit for change mission which you were a part of, as a feat and debt Nigerians must pay him back for with the presidency. His’ seems a case of right and not for unification or service.

Your number one success in the history of your political trajectory in Nigeria will be that your stooge after graduating from you is now a national figure within just few months of graduating under you.

Your mentee, an indigene of the least politically popular zone of the country is now fairly contesting popularity with you and your friend and erstwhile political party associate, that even questioned your integrity and source of wealth at your backyard during the Arewa session recently are actually in a popularity contest together now. This is your chance to say you built a national president sir.

Yoruba’s went further to say, ” Omo to ba sipa, ni baba ngbe” (It’s the child that makes effort, that the father supports). Your political child, Peter Obi has made unbelievable efforts sir, can you see the glory that awaits your supporting him.

Let me at this point say sir that I understand how difficult this might be cos I have also had my political pursuits in my small capacity.

Matter of fact, I was a card carrying member of AD up to APC. I also had political ambitions which was fully hinged on masses development.

It’s a normal for me today, as I get regular requests from my friends and associates who always ask for my political ambition declaration, because they probably see my passion for a good governance and political play in Nigeria, alongside my trajectory in the few political positions I’ve held.

However, I had to resign from Political party partisanship, and as such forgo my political ambitions, just so I won’t continously be tied down by party loyalty from seeking the political emancipation I believe Nigeria truly needs.

It’s Nigeria first for me before my personal ambition, just like Dr Goodluck Jonathan.

I believe when all wins, I definitely win, but if it’s just a few that wins, like I currently see a win of APC, then the people losses more and probably more than has been witnessed in these past almost 8 years.

Alhaji Atiku, Peter Obi is currently the only National candidate as it were, as other candidates have been pushed more across ethnic lines. I’ve been called a bastard by a few close allies because of my stand, but I am first a Nigerian, before I am a Yoruba.

The Unification of Nigeria you so want can be achieved through your political son, who as it were now is with the least political garbage in the history of our politics.