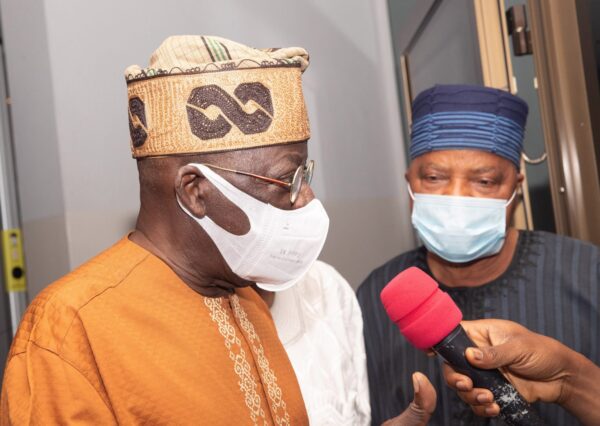 In a statement signed by its Campaign Spokesperson, Kola Ologbondiyan, in Abuja, in Saturday, the Atiku campaign said, “From all analysis, the said report is merely contrived, imaginary and completely illusory; It is a trivial opinion of ignorant interlopers which does not conform with any empirical or substantiated indicators regarding the direction of the 2023 Presidential election in Nigeria.

“While we do not want to conclude on the opinion already widely held in the public space that the report was procured or not emanating officially from Fitch, especially, given the desperation and devious antecedents of the Tinubu Campaign Organization and the All Progressives Congress (APC), it is however important to state that these conjectures are direct opposite of the reality on ground.“

“Contrary to the report being peddled by the APC, Asiwaju Tinubu is battling with trust issues, stamina concerns, massive open rejection by majority of voters across the country, mass exodus from his APC into PDP due to the abysmal failures of his party in addition to his (Asiwaju’s) self-confessed selfish motives for being in the Presidential race.

“In reality, unlike Atiku Abubakar, Asiwaju Tinubu has no strong, organic and reliable political base anywhere in the country and cannot get the required 25% in majority of the States of the federation.

“Across the north, the APC Presidential Candidate does not have a stable political structure with the daily decamping of hordes of Nigerians in the region who voted for President Muhammadu Buhari in 2015 and 2019 now crossing over to the PDP to support Atiku Abubakar in the 2023 elections.

“In the south, Asiwaju Tinubu has no solid base in the South South and South East where he has been roundly rejected. Even in the South West, the former Lagos State governor has been demystified as evidenced in his party’s devastating loss in the last Governorship election in Osun State; a state considered to be his ancestry home, to the PDP.

“Asiwaju Tinubu has been booed in States of the South West and he has lost his political allies, cultural institutions and foot soldiers in Lagos State and other parts of the South West because of his selfish posturing and trust issues.

“Moreover, the APC Presidential Candidate has not demonstrated the desired capacity, experience, stamina as well as selfless disposition to lead a nation like Nigeria.

“The reality of the 2023 Presidential elections is that the PDP Presidential Candidate, Atiku Abubakar, has the highest organic followership cutting across all demographies like age, class, ethnic, sectional and even political affiliations in the country as Nigerians believe in his proven capacity, competence, experience, readiness and will power to lead our nation at this point.

“Nigerians should therefore disregard the said Fitch Report as it does not reflect the reality of the 2023 Presidential election in Nigeria.”