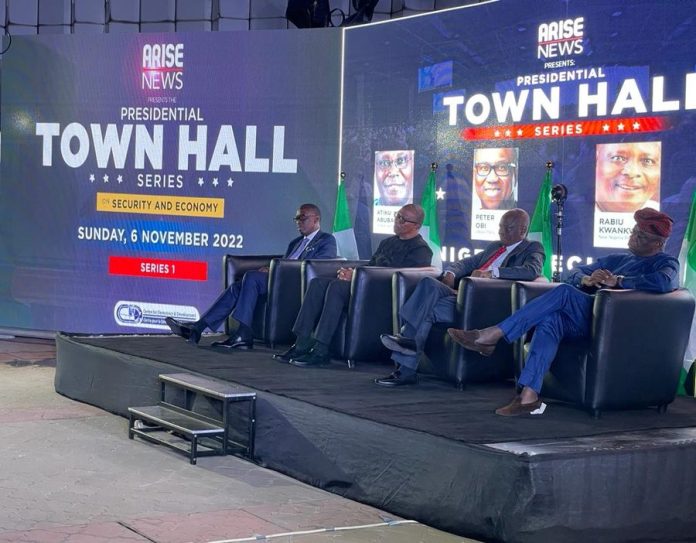 The presidential town hall series is an initiative of Arise Television and the Centre for Democracy and Development.

The candidates in attendance are Peter Obi, the flagbearer of the Labour Party; Rabiu Kwakwanso, presidential candidate of the New Nigeria Peoples Party, and Kola Abiola, the standard bearer of the Peoples Redemption Party.

Ifeanyi Okowa, Delta state governor and vice-presidential candidate of the PDP, was in attendance to represent the party’s flagbearer.

Commenting on the absence of the PDP presidential candidate at the town hall meeting, Okowa said Atiku secured permission from the organisers to be away.

The Delta governor said: “He(Atiku) is outside the country. We duly obtained the permission of the organisers for him to be represented.

“When it is time for debates, we will get into it. But this time, it is a town hall. Atiku has asked me to represent him.”

There was however no representative for the presidential candidate of the ruling APC.

The agenda for the first presidential town hall meeting is security and the economy.