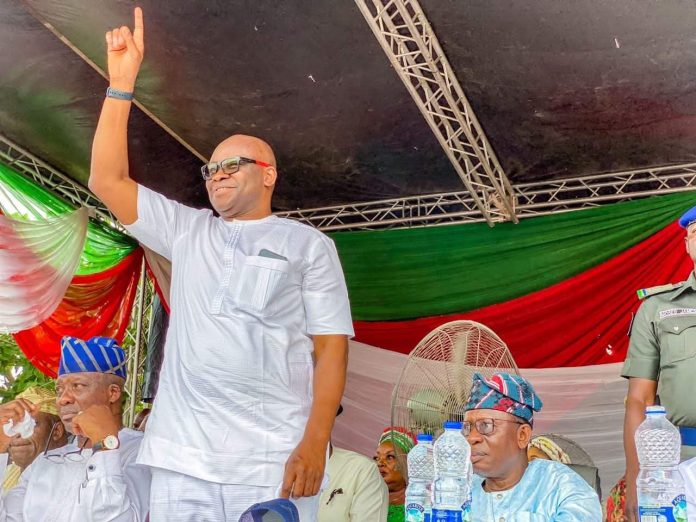 He made this known in a statement yesterday, titled, ‘Fayose debunks endorsement’.

Fayose, a two-term governor of Ekiti, said, “Report credited to me that I endorsed Peter Obi for President and zoning of the Presidency to the South-East is false.

No doubt, I have great respect for Peter Obi as a leader and I respect his aspiration, but at no point did I endorse his presidential ambition or that the presidency be zoned to South-East.

“Rather, my take is that the presidency be zoned to the Southern part of Nigeria.

“May I also state clearly that I will be seeking the ticket of the PDP to contest the next presidential election.”