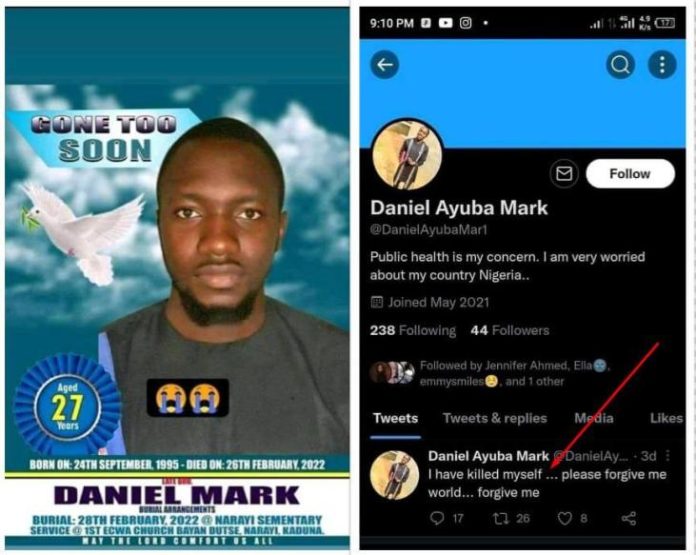 Daniel Ayuba Mark, who advocates for public and mental health on Twitter, suffered a blow to his own mental health when he was scammed. 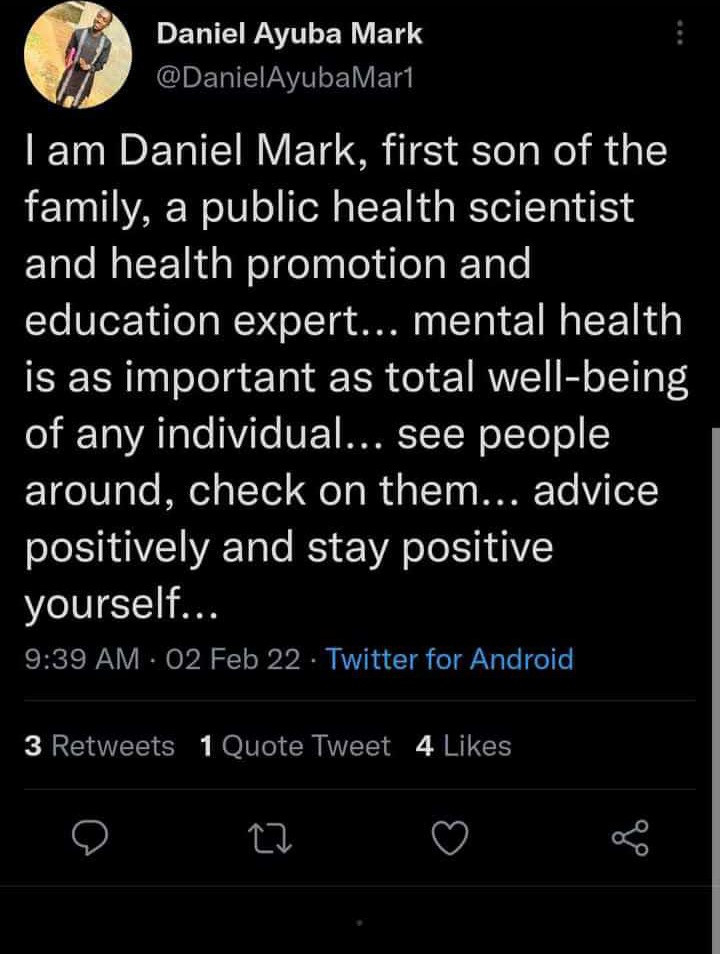 He revealed that scammers got into his sports betting account and withdrew N1.5 million through a card he didn’t know he saved on the account. 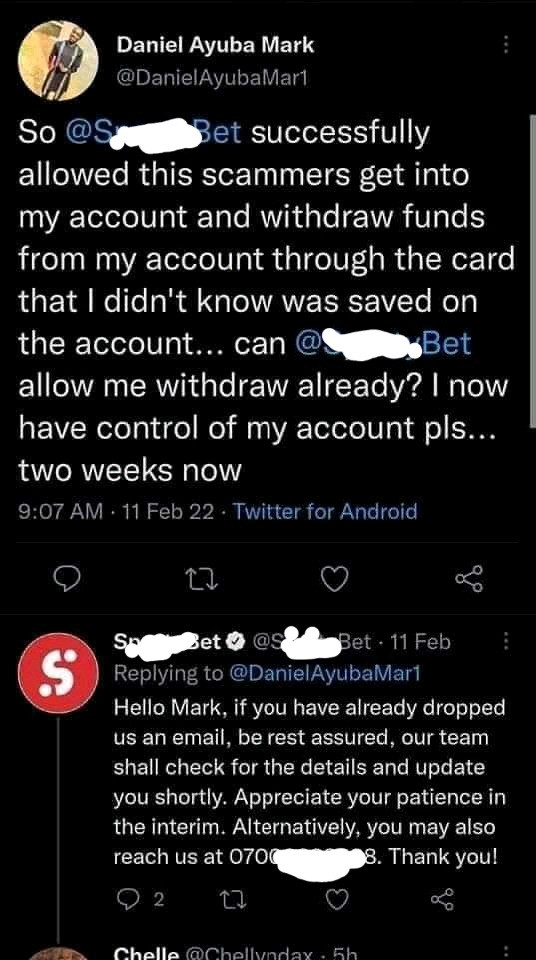 When the issue wasn’t resolved with the sports betting company, he returned to Twitter to reveal that he left home with the intention of ending the “miserable life” he “lived through mismanaged funds on betting platforms”.

However, he said he needs to stay alive and face his fears and he begged Twitter users to help him raise the N1.5 million he lost. 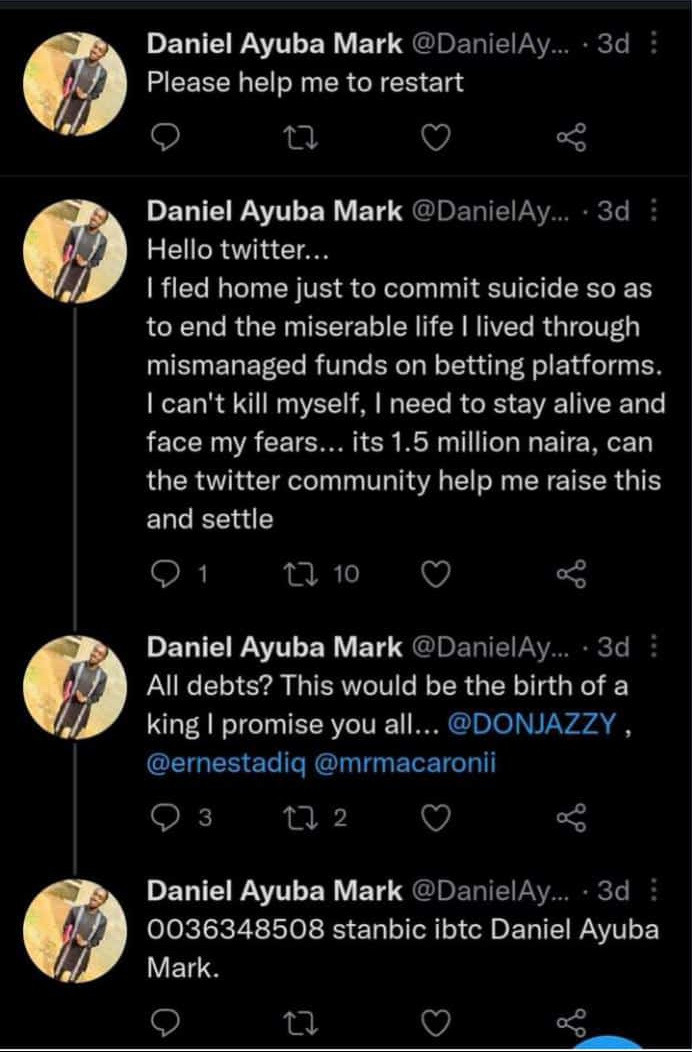 On Feb. 25, he posted: “I have killed myself… please forgive me world… forgive me.” 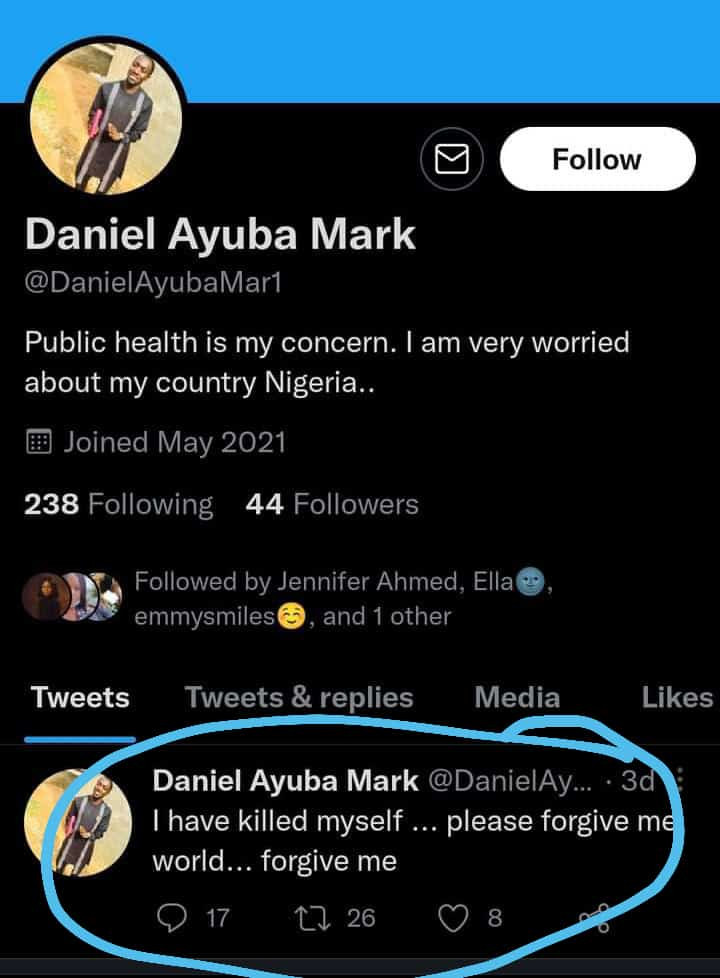 Many thought he was seeking attention. However, his obituary has now been released. 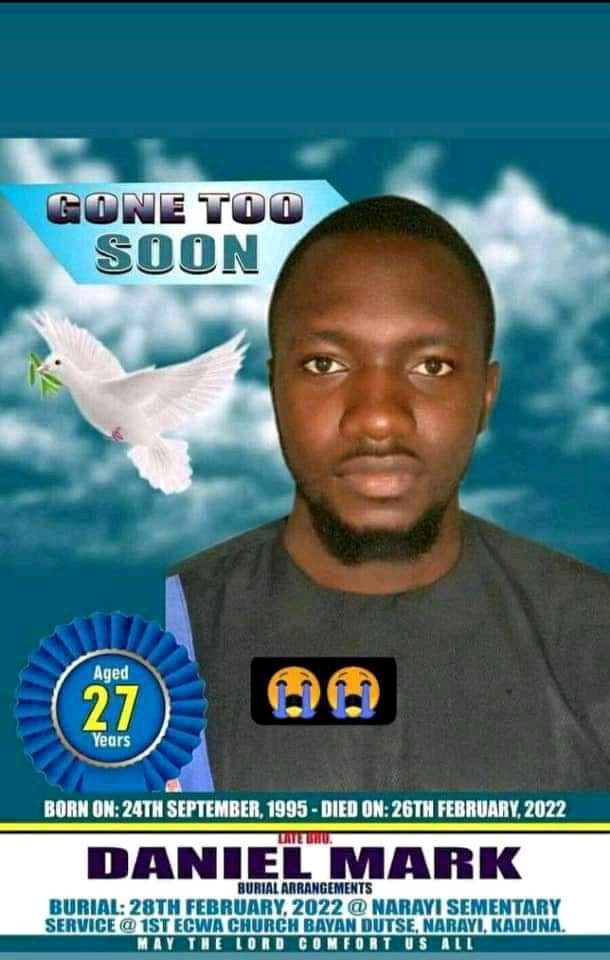