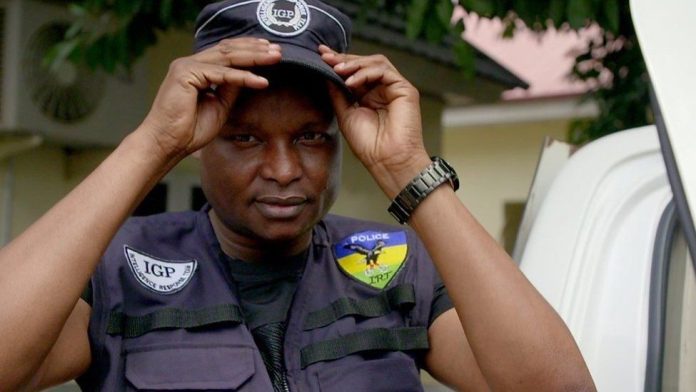 When people who know what was happening called for total reform of the Police leading to #EndSARS , you took it personal, and politicised it out of context.

If you get to know how many innocent men and women who were framed and had their property “stolen” by same Police officers, if you know how many suspects whose wives were raped by Policemen claiming that’s the only way their husbands can be released and yet their husbands were murdered?

If you know how many suspects whose landed property changed ownership under duress?

If you know how many suspects who were simply murdered in cold blood because they couldn’t raise the humongous amount of money the officers in charge demanded?

Families that have been traumatised beyond what humans can bear. They’re not talking not because they’re afraid. They’ve lost their voices, and even if they open their mouths, nothing will come out.

Children whose fathers were murdered while they watch. Children whose mothers were desecrated and they were forced to experience such pain. Pains that automatically gets ingrained in their DNAs.

Who will investigate the activities of this same IRT in Imo State when they were deployed there to counter the unknown gun men. If people open up and tell you stories of atrocities we all shied away from because we claim they’re are working.

Even as we pretend to be shocked about the present case, innocent Nigerians are daily subjected to all sorts of dehumanisation from people who should protect them.

A friend who was a crime reporter had repeated nervous breakdowns, suffered depression and had to relocate from this country to regain her sanity.

Do you know how many people whose vehicles were impounded in this Lagos because of traffic offenses but the vehicles are no where to be seen? And the offenders were not charged to court.

Who will open the can of worms on the activities of LATSMA? Or at the GMT?

Weep for ordinary Lagosians without access to Alausa. They see hell everyday.

On corruption rating, LASTMA should topple the Police by now.

Everybody is looking for opportunity and power to oppress and depress the next person.

If you know the high level of suppressed traumas being daily embedded in the social DNA of Nigerians, you should be afraid of the monsters we are incubating.

The traumas will be transferred from one generation to another and they will unleash on this land.

Blood speak, innocent blood will continue crying out for revenge.

A land with a bloody foundation being watered daily with blood and sweat can only yield what it has: BLOOD!

We have commonised spilling of human blood, organ harvesting is now a thriving business, human sacrifice is its junior offshoot.

They will NEVER REST!

It is Abba Kyari today….there are bigger pythons than Abba Kyari still moving around and pretending to be saints.

But they will never know peace.