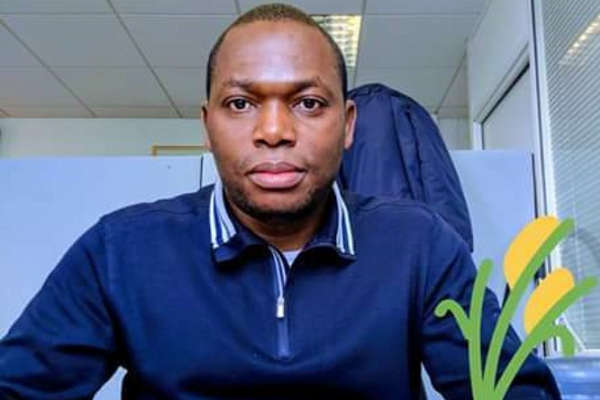 Adeyinka Grandson, the convener of the Young Yorubas for Freedom (YYF), has been sentenced to four and half years in prison for promoting racial hatred.

In August 2019, it was reported that Grandson, a UK-based Nigerian of Yoruba descent, was arrested in London over his social media posts against some ethnic groups in Nigeria.

The UK-based Nigerian gained prominence on social media for his vituperation against people of Igbo extraction as well as criticism of the Hausa-Fulani.

He was later released on bail on the condition that he would not make any comments or posts to threaten or abuse any ethnic group.

In May 2020, he was charged with six counts of inciting racial hatred.

After being released on bail, he was said to have further made offending social media posts, which led to his re-arrest in October 2020 with an addition of two counts to his previous six-count charge.

In October 2020, a video wherein Grandson issued a 48-hour ultimatum to the Igbo to leave Yorubaland, appeared on the social media — a threat that was denounced by Wole Soyinka, Nobel laureate.

Weeks later, he was found guilty of inciting racial hatred after a trial at Southwark Crown court.

On Friday, the UK metropolitan police, in a statement, announced that Grandson was sentenced to imprisonment for four and a half years

“The Met’s Counter Terrorism Command launched an investigation in March 2019 as a direct result of members of the public raising concerns to police about online social media posts which contained comments aimed at particular ethnic groups based in Nigeria,” the statement reads.

“The posts were created by accounts under the name “Adeyinka Grandson” and were reported to police via the online reporting tool www.gov.uk/ACT.

“This material was assessed by specialist officers within the Met’s Counter Terrorism Internet Referral Unit (CTIRU).

After assessing the posts, which contained commentary encouraging attacks against certain ethnic groups in Nigeria, officers determined these posts were potentially in breach of UK legislation and a formal investigation was launched. The activity was all found to be linked to Adeyinka Shoyemi.

He was found guilty on 30 November 2021 of eight counts of inciting racial hatred after a trial at Southwark Crown Court.”