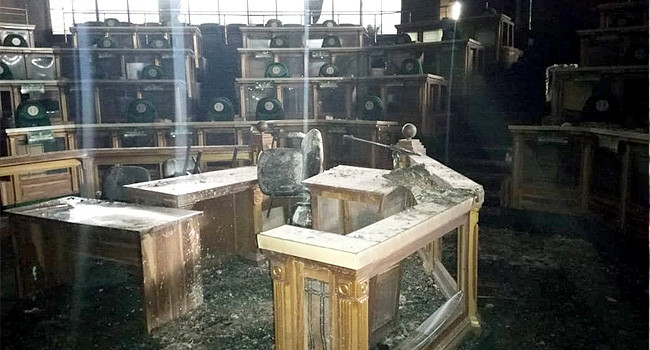 A section of the Katsina State House of Assembly Complex has been consumed by fire again, eight months after the complex suffered a similar fate.

Hon. Tasi’u Maigari, the Speaker of the state assembly while confirming the incident disclosed that the incident which occurred Sunday night, affected the office of the Clerk of the assembly, his deputy and the legislative common room.

He said, “the fire started at about 6.30 p.m on Sunday, but men of the Fire Service were able to quickly intervene and prevented it from spreading beyond the affected offices.”